After his wife got a teaching job at DU, Deepinder Goyal quit to pursue entrepreneurship full-time

For over a decade, Deepinder Goyal’s Zomato Ltd. has delivered soul food from spicy dosa crepes to soft bread Pav Bhaji with curried vegetables to millions across India.

Now, investors get a taste of the fast-growing food delivery giant. The startup soared more than 80% in its Friday debut following a $1.3 billion initial public offering.

Zomato, the first of a generation of internet unicorns to tap India’s capital markets, has generated a seldom-seen frenzy among the local investment community. Investors bragged on Twitter about snagging shares in the startup, yearning for the sort of returns Facebook Inc. and Alibaba Group Holding Ltd. generated. Its IPO is India’s biggest since March 2020, and got about 35 times more bids from anchor investors than shares it intended to sell. 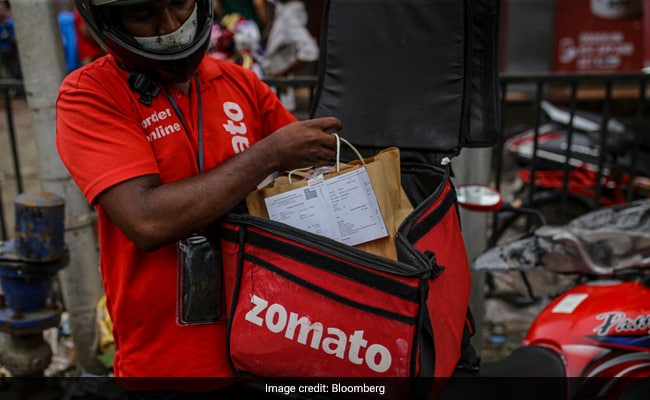 A Zomato Ltd. delivery rider packs an order into a delivery bag in Mumbai, India, on Friday, July 16, 2021. Zomato $1.3 billion initial public offering was fully subscribed on the first day of sale, after anchor funds including BlackRock Inc. bid for 35 times more stock than was offered to them.

Zomato’s listing comes on the heels of strong food-delivery debuts, including DoorDash Inc. and China’s Meituan. It’s the culmination of a 13-year journey for co-founder Goyal, 38. He and Pankaj Chaddah, who has since left, started Zomato as a delivery service in 2008 for their Bain & Co. colleagues.

He can be forgiven for an attack of nerves.

Zomato’s first-day performance will serve as a barometer for India’s budding tech scene of unprofitable unicorns, which has produced a coterie of up-and-coming giants from Ant Group Co.-backed Paytm to Walmart Inc.’s Flipkart Online Services Pvt. Also backed by Jack Ma’s Ant, Zomato’s debut comes amid investor concern that India’s markets are a bubble waiting to burst and valuations have outstripped fundamentals.

Optimism about India is tempered by one of the worst coronavirus outbreaks in the world, which threatens to erode decades of economic gains. Investors also have to contend with political risks, with Narendra Modi’s government clamping down on foreign retailers, social media giants and streaming companies.

For many others, the potential outweighs the downsides. With almost half its 1.3 billion people accessing the internet via smartphones, a bet on Zomato represents optimism that India’s tech upstarts could go the way of the U.S. or China, particularly as India’s internet infrastructure remains nascent and consumers are just getting used to buying online.

“This is how it is supposed to work. Nine out of 10 will fail,” Goyal, who is barred from commenting in the run-up to the listing, said in an earlier interview. “But the one that thrives will be a spectacular success.”

In previous conversations, Goyal recounted how he first got the idea for an online service when, as a math and computer science student at the Indian Institute of Technology, he was particularly frustrated with a pizza order. His resolve strengthened after he graduated and joined Bain, where he saw colleagues in the company cafeteria skimming the limited menu and talking longingly about food at nearby restaurants.

Goyal and Chaddah started uploading menus of neighborhood cafes and restaurants onto the company intranet, with phone numbers. That was a huge hit with coworkers, driving a weekend venture they christened foodiebay.com. After his wife got a teaching job at Delhi University, Goyal quit to pursue entrepreneurship full-time, shrugging off the onset of the global financial crisis.

In the India of a decade ago, entrepreneurship was frowned upon and Goyal didn’t tell his parents — both teachers — until much later. In the first year, the startup began by listing thousands of restaurants in India’s six biggest cities. Then came an email from entrepreneur-turned-investor Sanjeev Bikhchandani, who invested $1 million through his Info Edge India Ltd.

Foodiebay was renamed Zomato to rhyme with tomato. The founder also wanted to avoid echoes of Ebay Inc. Bikhchandani’s investment is now a holding of almost 19% that could mean a billion-dollar-plus return, at least on paper.

Gurgaon-based Zomato, already one of India’s fastest-growing startups in the early days, embarked on an international expansion, getting into table bookings, home delivery and restaurant and nightlife guides in 100 cities across 19 countries including Turkey, Brazil, New Zealand and Indonesia.

The founder introduced a one-touch payment model, where money was automatically deducted from a user’s credit card after dining and leaving the restaurant, testing this cashless mobile payments system in the Middle East.

Sequoia Capital invested in 2013 after Goyal and the investment firm shared 7 a.m. cup of coffee.

Around that time, rival Swiggy came on the scene, blossoming into a strong rival with similarly robust backing. Investors globally also started re-evaluating the rationale of cash-burning startups in certain sectors, spurring the collapse of many nascent players in Zomato’s arena. 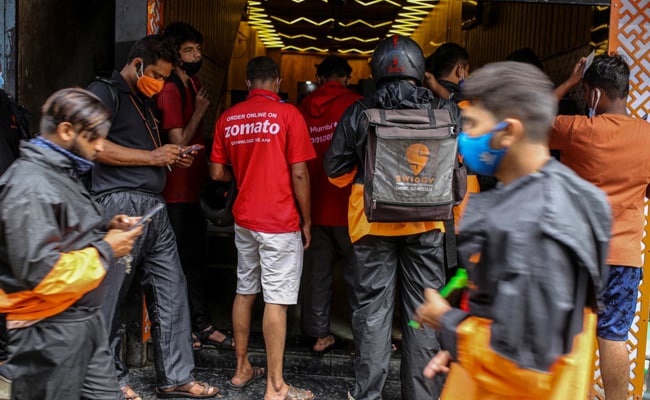 Delivery riders for Zomato Ltd., center, and Swiggy, operated by Bundl Technologies Pvt., wait to collect orders outside a restaurant in Mumbai, India, on Friday, July 16, 2021. Zomato $1.3 billion initial public offering was fully subscribed on the first day of sale, after anchor funds including BlackRock Inc. bid for 35 times more stock than was offered to them.

In 2016, Zomato began laying off hundreds of employees and withdrawing operations from more than a dozen countries. It saw its billion-dollar valuation slashed in half by analysts at HSBC Securities and Capital Markets (India).

“Some companies have blown away money on highly unprofitable models,” Goyal told Bloomberg News at the time, saying his focus was to move Zomato into the black.

Zomato remains in the red: losses stood at 6.82 billion rupees ($91.7 million) for the nine months through December 2020, according to its IPO prospectus. To keep pace with Swiggy, Zomato continues to expand and acquired the India operations of Uber Eats for $350 million.

Fellow entrepreneurs and industry executives from Amazon India chief Amit Agarwal to Paytm founder Vijay Shekhar Sharma said on Twitter they would be cheering Goyal on during listing day.

“To succeed, an entrepreneur has to be an all-rounder and have a hundred strengths,” early investor Bikhchandani said in a text message. “Deepinder has them.”

Pakistan expresses deep Condolences over deaths in China due to flood