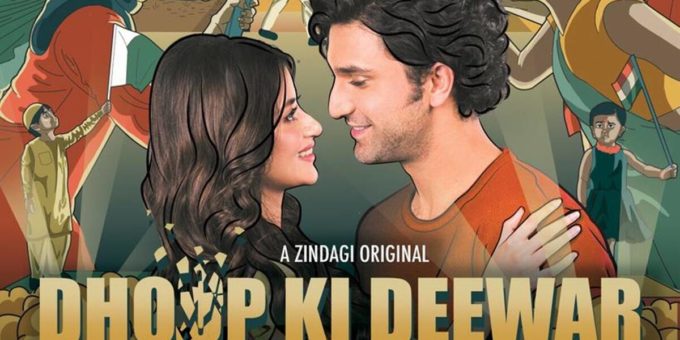 The show chronicles the story of Vishal (Mir) from India and Sara, played by Aly, from Pakistan, who find their lives interconnected after losing their fathers in war. Their shared grief becomes a foundation of their friendship. While Aly is known for her performance in the Sridevi-fronted feature film Mom and the telefilm Behadd, Mir has appeared in serials like Sammi and Ehd-e-Wafa.

Hasan said the show is a reflection of positivity “beyond borders, religion and societal biases”. “The sole essence of the show lies in the simplicity of its narrative. In the show a subject such as a cross border love story has been dealt with so differently and has an underlying message of peace, harmony and joy of life,” the director said in a statement. Ahmed said Dhoop Ki Deewar draws inspiration from the thought that grief transcends borders and barriers.

“No matter which country, religion or belief you belong to at the end of the day the grief lived is the same everywhere and it is much bigger than you and me. It is a story of love, grief and loss that people across borders and overseas can relate to on a human level,” the writer said.

Ateeq Rehman, Chief Investment Officer, Group M Pakistan, described the series as an attempt by the makers to push the envelope. “It’s never easy when you go against all odds to do something that has never been done in your market and Dhoop Ki Deewar is one of those initiatives for us at Motion & GroupM Pakistan. We believe that as thought and market leaders, the onus is on us to continue pushing the envelope. The journey required a lot of efforts put in from the team and the way we sailed through it was commendable. Dhoop Ki Deewar is a story of love and loss that talks about peace,” Rehman said.