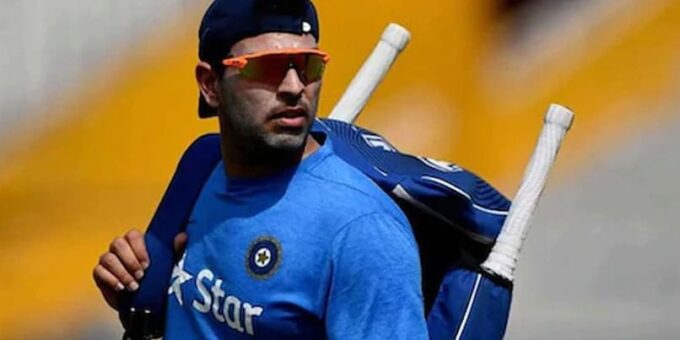 “The current guys have no one to talk to and take advice,” he said.

Asked if it is not Shastri’s job to guide the players, Yuvraj said: “I don’t know if Ravi is doing it but maybe he has others things in his hand.

“Anyway, you can’t tell everyone just ‘go out and play your game, express yourself’, this approach may work with someone like Sehwag … but this will never work with Pujara … so these things the coaching staff need to realise.”

“Hardik Pandya could be the guy who breaks my record of fastest T20 fifty … he has all the making of being a great all-rounder … but then again you need to have someone to guide him in the team.”

Talking about his experience of playing for different teams in the Indian Premier League, Yuvraj said he did not enjoy his time at Kings XI Punjab: “I wanted to run away from Kings XI Punjab … the management didn’t like me there … they did nothing I asked them to do … and when I left they bought all the players I had been asking them to. I love Punjab but I did not like the running of the franchise.”

Yuvraj also slammed the selection of players during last year’s ODI World Cup, where Virat Kohli and Co exited at the semifinal stage after losing to New Zealand.

“The selection during the 2019 World Cup was shocking. You need people to question those decisions when players who have played 5 ODIs are playing in the middle order.

“Can the current selectors question these decisions when they themselves have played only 5 ODIs?” he asked.

The 2014 World T20 final was one of the worst days of his otherwise illustrious career as he could only muster 11 off 21 balls to see India go down to Sri Lanka in the final.

“I take full responsibility for that final loss. I couldn’t hit the ball. But then the Lankans bowled very well.

“Even the other batsmen struggled but fans and media made me the villain.

“There were stones thrown on my house in Chandigarh. When I came home, I saw my India cap and the bat I hit 6 sixes with and realised my time is done.”