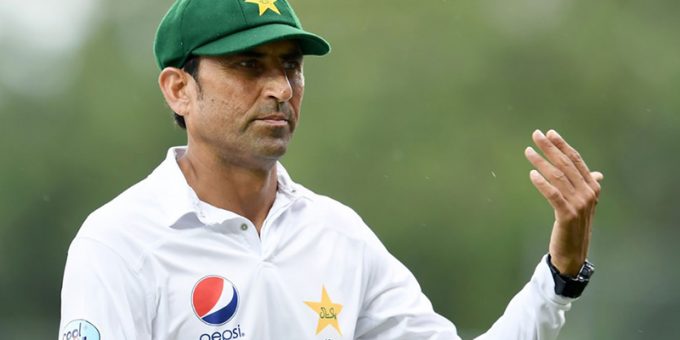 The former captain resigned as batting coach earlier this year

Former captain Younis Khan is expected to get a key position in the Pakistan Cricket Board (PCB), local media reported Friday.

The leading runs getter for Pakistan in Test cricket parted
way with the Pakistan team as the batting coach earlier this year.

The new PCB Chairman Ramiz Raja is currently assembling his
team to run cricket matters in the country and for that purpose, Younis Khan is
one of the key figures to join him in the new setup.

The reports suggest that the 43-year-old is likely to accept
the new offer from the board.

Ramiz also met with his old teammate Aaqib Javed earlier
this week, where the former pacer told the PCB chief that he want to focus on
the Lahore Qalandars.

Aaqib reportedly advised him to focus on cricket academies
and grassroots cricket in the country.

The new chairman was reportedly interested in appointing Aaqib
the director of cricket – the new role expected to replace the Chief Executive
Officer post in the board.

Moreover, Saqlain Mushtaq is favourite to become the new head coach of the Pakistan team at the T20 World Cup. He would join Matthew Hayden and Vernon Philander, who are already appointed as consultants for the roles of batting and bowling.

The 44-year-old is currently serving as the head of the
International Player Development at the National High Performance Centre in
Lahore.

Reddit Users Are Going Crazy Over Pizza Topping Ideas; Here Are Some Of Them
2021-08-03