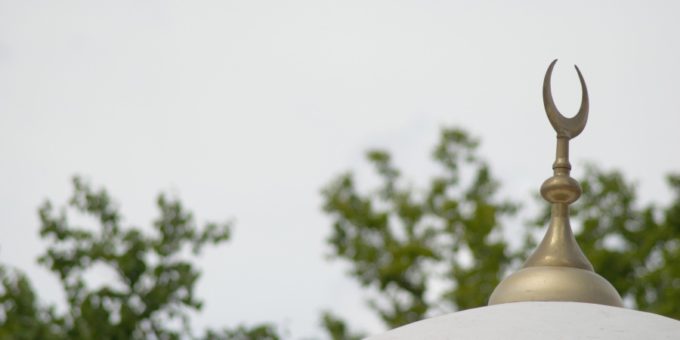 Mental Health in the Muslim community ‘a growing crisis’ says a new report into young Muslims in Britain.

Key findings of the report ‘The Inner Lives of Troubled Young Muslims’ said there was a ‘lack of trust between young Muslims and service providers’ and ‘Islamophobia and extremism has caused climate of fear and suspicion, and lack of understanding from providers’.

It also reveals that the ‘Covid lockdown has had huge effect on young Muslims who are leading double lives and are feeling ‘suffocated’ at home.’

The report says, ‘generic research is inadequate because it fails to take into account the particular cultural strengths of and multiple pressures on children in minority families’.

Investigations also found that ‘a number of young British Muslims felt oppressed by traditional expectations within families and were also angry about racism they experienced from non-Muslims and the state’.

The report which has been commissioned by British Muslims for Secular Democracy (BMSDemocracy), is written by six authors – all female Muslims and explored the feelings, thoughts, aspirations and desires of second and third generations of British Muslims.

It has been edited by Yasmin Alibhai-Brown and includes reports from five other women; Tehmina Kazi, Anila Baig, Tanvir Mukhtar, Dr Shehreen Ali  and Sundas Ali.

She suggests that outside pressures such as sexuality, marriage issues, dysfunctional families and socialising and integrating can cause psychological and emotional problems which affect well-being, and it is the collective view of the authors and the experts they consulted, that young Muslims are not getting the help they need, deserve and are entitled to.

Irum Shehreen Ali states that there is a lack of trust in NHS mental health outreach and that families only come to the notice of agencies when there is a serious crisis.

The agencies on their part have not proactively attempted to reach these individuals, families and communities and young Muslims believe that service providers with different cultural values will not understand them.

For large numbers of British Muslims, ever since the West declared the ‘war on terror’, Islam and all its believers have been suspected and blamed, and the climate of fear and suspicion has caused huge problems for second and third-generation British Muslims.

Young people are afraid to access services for help and support because of Prevent, part of the UK’s counter-terrorism strategy, in case they say something wrong.

The authors believe that instead of looking at the ‘Muslim threat’ through the security lens, we should look at Muslim lives through the lens of well-being.  Some then create new ‘fighting’ identities, continual confrontation which cannot be conducive to inner calm and purpose, well-being or productivity. British Muslims also need to change the lens and instead of only looking for external explanations for troubled youth, they should look at family and community life as well.

Young people want more honesty, openness and understanding from their elders. ‘Islamophobia’ and lack of opportunity do corrode confidence and hope, so too authoritarian upbringings and overstrict religious expectation’.

Tehmina Kazi found that mainstream media outlets rarely looked into the personal histories of individuals who are vulnerable to being radicalised. Take the case of 15 yearold Sharmeena Begum, one of the Bethnal Green girls who left the UK to join Isis in December 2014.

Her mother died suddenly in January 2014, that September her father remarried. One can only imagine how traumatised she was. Her father told a newspaper that she had been radicalised by women at a mosque near where she lived. However, groomers can only succeed with young people who are dissatisfied, lost, feeling disoriented and unloved.

Tanvir Malik Mukhtar argues that if some Muslims experience racism and exclusion in Europe, will they not look for acceptance and inclusion elsewhere? This could explain why troubled Muslim youth are turning to extremism, which offers inclusion and a network of support and brotherhood.

Anila Baig, found that many young British Muslims are leading ‘double lives’ and feel ‘suffocated’ by their strict home life compared to their white and non-Muslim friends.

This has been particularly terrible during the Covid lockdown where young people have been confined to their homes and are falling apart under the pressure of trying to hide the lives they live outside the home covering up their sexuality, way of life and relationships that would not be approved by their families.  This needs to be addressed as soon as possible to avoid the inevitable mental health crisis that will follow.

In countries such as Germany, Scandinavia and the US, work is being done into how to support the mental health of young Muslims and engage with them in a way that works.

In Part 2 of the report to be published next year, members of the Royal College of Psychotherapists, Family Therapy Centre and NAFSIYAT Intercultural Therapy Centre are working out guidelines for relevant professionals to make services more approachable and safe.

Report editor, Yasmin Alibhai-Brown said, ‘This report seeks to change the narrative, reframe the challenge and get leaders to search out, with the help of relevant experts, alternative approaches.

“How do we do this? First, they should stop being fixated on security and develop holistic approaches which reach the human in the usually disembodied and depersonalised Muslim fanatic. Secondly young Muslims who are drawn to destructive and self-destructive missions, or are suffering from mental distress, need to be reached long before the first steps into darkness.

“Rather than being reactive, governments need to take the long view back and forwards. Rather than persisting with previous responses, powerful people need to take stock, innovate and change tack.”

The full report will be available here from November 19

England vs New Zealand: Jofra Archer Ruled Out Of Series With Elbow Injury
2021-05-16