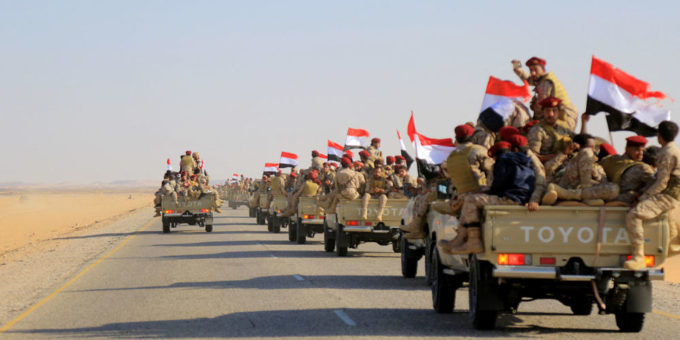 DUBAI: Progress toward the UN Sustainable Development Goals in the Middle East and North Africa region has been hit hard by the global pandemic, with many of the achievements of the past decade reversed, according to a new report from the UN Food and Agriculture Organization.


FAO says that at least 132 million people have been plunged into chronic hunger since the start of the pandemic, with up to 14 percent of food lost along the supply chain before it reaches consumers, and entire regions facing acute water stress.


“It is not a good feeling to see these figures,” Ahmad Mukhtar, the FAO’s senior economist for the Near East and North Africa, told Arab News, referring to the report’s findings.


“These are alarming figures for the MENA region because, for some years, the numbers were almost steady and we had seen a decrease in this absolute number. But COVID-19 stopped that and now it’s on the rise, so these figures are serious.”


Areas where progress has stalled, or gone into reverse, include agricultural systems and small-scale food production, which have borne the brunt of the pandemic’s economic toll, the report says.


It adds that food price volatility has increased due to the pandemic and associated lockdown measures, while progress remains weak in maintaining plant and animal genetic diversity for food and agriculture.


“In the Arab region, hunger was already on the rise before COVID-19, primarily because of climate change and conflicts,” Mukhtar said.


Mukhtar says conflict is the leading obstacle to food security in the MENA region, followed by climate change and calamities such as COVID-19.


Coupled with chronic inequalities and poverty, these threats mean the sustainable development goal of zero hunger by 2030 will be unachievable unless radical steps are taken immediately.


“We now have to tackle more than 800 million hungry people in seven years, which looks quite unlikely unless drastic measures are taken around the world,” he said.


“For the region, there are challenges that pre-date the pandemic. COVID-19 has added to them.”


Hayatullah Ahmadzai, a postdoctoral fellow at the International Center for Biosaline Agriculture in Dubai, said that the pandemic has had a devastating impact on human health and the world economy, as shown by several development indicators.


“Agriculture and food production are not exempt,” Ahmadzai told Arab News. “On the production side, the pandemic could lead to a drop in output because of a manpower shortage and a reduction in agricultural holdings.”


He said lockdowns, a fall in international trade, disruption to food manufacturing, and an overall economic downturn are likely to have a substantial and lasting impact on food supply chains.


Disruption to food systems has resulted in reduced access to food, widening the gap between food security and zero hunger goals. Globally, the FAO report says, moderate or severe food insecurity has been steadily increasing, from 26.6 percent in 2019 to 30.4 percent in 2020.


Several Middle Eastern countries were vulnerable to food insecurity due to harsh environments and limited natural resources for sustainable crop production even before the pandemic.


“Food security has been further compromised by economic shocks and plummeting earnings linked to the pandemic outbreak and the collapse of oil prices in 2020, particularly for the region’s poorest,” Ahmadzai said.


“Adding to the conflict and economic turmoil, those in vulnerable nations have been disproportionately affected by the pandemic. However, in some Middle Eastern countries with generally stable food markets, like the UAE, the impact may be less severe, particularly in those that have facilitated food supply on a war footing during the epidemic era, especially in 2020 and 2021.”


In general, the region is heavily reliant on cereal imports and is sensitive to global market disruptions. Ahmadzai pointed out that more than three-quarters of demand in most regional countries are met by imports.


“The Middle East region is one of the most vulnerable to a food crisis as a result of COVID-19, as well as other reasons, such as increased climate-change effects and economic unrest due to political instability,” he said.


“The lessons learned during the 2007-08 food crisis, which was marked by uncoordinated policy responses by countries, resulting in trade disruption and food price rises, could aid governments in the region in reversing some of the detrimental effects of the pandemic on agriculture and food security.”


“Understanding the implications of confinement measures on the agricultural industry and responding to protect the food supply chain requires close coordination and information exchange among countries in the region,” Ahmadzai said.


“Given that most nations in the region rely heavily on food imports, the COVID-19 situation necessitates closer collaboration between the public and corporate sectors, as well as stronger civil society participation in decision-making.”


All countries, including those in the MENA region, should rely more on local food production and less on imports, he added. An inclusive growth model is needed, whereby all actors in the food supply chain play their part and address bottlenecks as quickly as possible.


“Another important strategy to deal with the pandemic threat is to promote healthy and nutritious meals. This is because those who suffer from obesity, diabetes and other non-communicable diseases are in the COVID-19 high-risk group.”


Mukhtar recommends the implementation of response and recovery plans that immediately tackle supply issues. “We at the FAO are focusing on transforming the agricultural food systems in our region and globally to make them inclusive, sustainable, efficient and resilient,” he said.


“We have to change our approach instead of focusing on food availability or supply. We can have a transformative regional agricultural food systems agenda where all countries come together and try to see the complementarities between each other.”


With 30 percent of regional food coming from Egypt alone, more investment in food security and greater deployment of agri-tech in production and distribution, as well as public-private sector partnerships, could make such a system both resilient and efficient.


“There are times when countries have money, but there is no food in the global market, which is a very dangerous proposition,” Rakesh Kumar Singh, program lead on crop diversity and genetics at the International Center for Biosaline Agriculture, told Arab News.


“It happened in the past in the 2007-2008 food crisis, when most of the exporting countries put an embargo on exporting food grains. This unpleasant scenario taught a big lesson to many countries, and many of them changed their food policy afterward.”


The pandemic left nations in a similar position, but thanks to buffer stocks of food and crops maturing at the time of the pandemic, the worst was avoided.


“This pandemic has compromised rural incomes due to a shrinkage in agricultural holdings and productivity,” Singh said. “As a result, many rural populations have lost employment.


Looking to the future, he said: “Scaling up social protection measures is crucial now to ensure the basic needs of vulnerable people are met, including those who have lost their jobs because of the pandemic, and to avoid adding a food security crisis to the health crisis.”