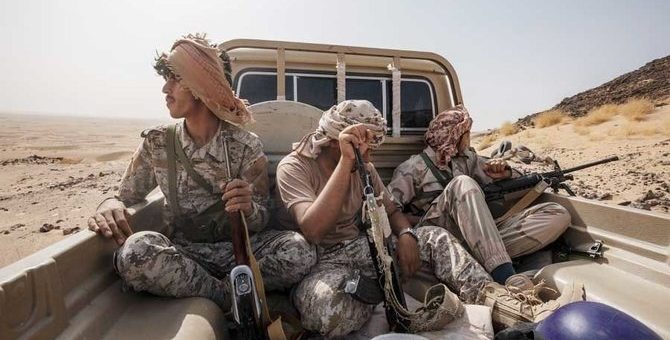 DUBAI: Yemen’s army, alongside the Giants Brigade and popular resistance, managed Friday to liberate strategic locations in the northwestern front of Marib, according to state-owned SABA news.
A military source said they defeated the Iran-supported Houthi militia on various fighting fronts in the south and west of Marib Governorate, with direct air support from the coalition.
Dozens of Houthi militia members were killed or wounded, while a number of them were arrested, he said.
With the advances made on the ground, the coalition’s fighter planes launched a series of raids targeting militia fortifications, gatherings and reinforcements in separate locations south of Marib, inflicting heavy losses.