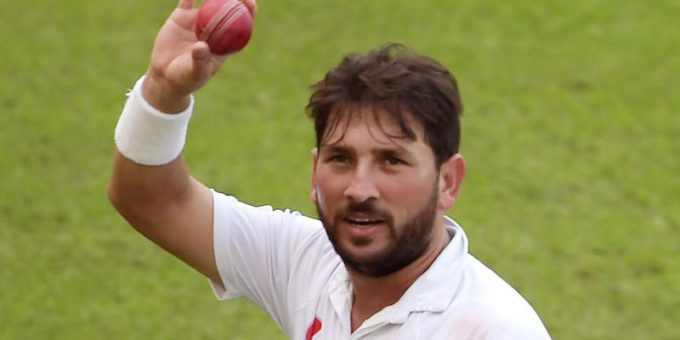 Pakistan Test cricketer Yasir Shah’s name has been removed from the First Information Report (FIR) regarding the alleged rape of a 14-year-old girl.

Shah, who was
named with his friend in the case last month, was cleared after the victim
stated that he had nothing to do with the incident.

The case had been booked under Section 376 of the Pakistan Penal Code (Punishment for rape), Section 292B and 292C of the PPC that deals with the circulation of pornographic content.

Shah was relieved
after being cleared in the case as it was affecting his cricketing activities.

“Thanks
to Allah Almighty, everything is clear now,” Yasir Shah told Cricket Pakistan.

“Now I
can give all my focus and attention to the game. Due to this case, there was a
lot of disturbance which also affected cricket activities,” he added.

The leg-spinner
is also looking forward to playing the home Test series against Australia,
later this year.

“I am now
fully fit and looking forward to Australia tour of Pakistan. I played a
four-day match and now I will try to give the best performance when I get a
chance in the series against Australia in March,” he said.

Details
of the incident

An FIR was
registered on the complaint of the victim’s aunt at Shalimar Police Station in
Islamabad on December 19, 2021.

The
complainant, who is a resident of F-10 area in Islamabad, said that she has
known Yasir Shah for quite some time. On June 1 this year when she went to
Lahore to attend a party on Yasir Shah’s invitation, she took her 14-year-old
niece with her.

The woman
told the police that two or three months after returning from the party, she
noticed that her niece seemed “unwell and disturbed”.

When I asked
her repeatedly, my niece told me that Yasir’s friend Farhan took her number and
later on proposed to her, the complainant said. He used to get Yasir talk to
her, she added. “On August 14, when she was returning from tuitions, Farhan
made her get into a taxi and took her to a flat in F-11 where he raped her at
gunpoint and even made a video,” the aunt said, as the police recorded this in
the FIR.

Farhan
threatened the child that if she told anyone about this, he would make her
video go viral and would also kill her, the FIR states.

The accused
got Yasir Shah to threaten that if she lodged a complaint, he would have her
incriminated in a false case as he was a famous player and had contacts, states
the FIR.

A month
later, Farhan blackmailed her again into meeting him and raped her again. This
time, Farhan tried to coerce her to enter into a relationship with Yasir and
made her talk to him over phone, the FIR states.

The
complainant said that when she came to know about this, she contacted Yasir
Shah on September 11 or 12 over WhatsApp. The cricketer was in West Indies at
that time.

According to
the FIR, when the woman said that she would go to the police, the cricketer
offered to bear all the child’s expenses if the aunt married the child to
Farhan. He would do this till she turned 18 years old and would even transfer
the ownership of a flat in her name.

The
complainant said she met Farhan few days ago upon Yasir Shah’s request but
Farhan threatened her. She said that Yasir was coming to Islamabad and wanted
to meet her on December 22. Yasir had asked her to bring the child to his flat,
she told the police.