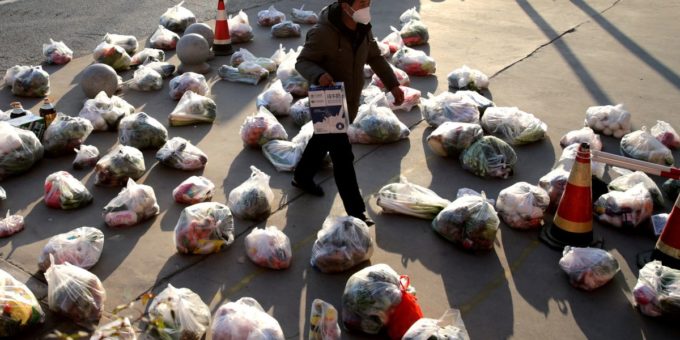 BEIJING, Dec 30 (Reuters) – China’s industrial and tech hub of Xian reported on Thursday more than 100 new cases of COVID-19, taking its tally of locally transmitted infections to the highest in any Chinese city this year.

Xian reported 155 new local cases for Dec. 29, official data showed. That takes its number of local infections to more than 1,100 since the flare-up began on Dec. 9 and compelled authorities to put the city of 13 million under lockdown.

Despite the low case count compared with clusters in many cities around the world, Xian officials have imposed tough curbs on travel within and out of the city since Dec. 23, as Beijing demands each outbreak be contained quickly.

“Xian has reached a live-or-die stage in its fight against the virus,” Zhang Fenghu, a city government official, told a news conference on Wednesday.

Samsung Electronics (005930.KS) and Micron Technology (MU.O), two of the world’s largest memory-chip makers, have warned that the lockdown could affect their chip manufacturing bases in the area. read more

Xian is also a major tourism destination, drawing visitors to its collection of terra-cotta warriors buried with China’s first emperor more than 2,000 years ago.

Authorities have embarked on multiple rounds of citywide testing to trace transmissions. A sixth round began on Thursday, a day after a fifth round.

Many residents have been barred from leaving their housing compounds unless going out to take COVID-19 tests or attend to essential matters approved by authorities.

The restrictions have curtailed access to daily necessities, with many people unable to go out to shop, leaving them dependent on deliveries.

But the curbs have caused a staffing crunch at companies involved in ensuring the delivery of supplies and the government was working on resolving the issue, according to a Xian government official.

A Xian resident surnamed He told Reuters she tried to order groceries on the online app of Alibaba-backed supermarket chain Freshippo but could not secure many items including potatoes and cucumber.

The app posted a message under many items saying: “Delivery staffers are not available”, according to a screenshot He provided.

Several city districts have arranged for the delivery of free groceries to some residential compounds, state media said.

The total supply of necessities in Xian was sufficient, a spokesperson at the commerce ministry told reporters.

The Xian lockdown, now in its eighth day, coincides with the second anniversary of early signs of the coronavirus outbreak in the central city of Wuhan.

Wuhan health authorities said in a notice issued on Dec. 30, 2019, that some pneumonia patients were stricken by an illness of an “an unknown cause,” according to state media.

Also on Thursday, thousands of people left messages on the social media account of the late COVID-19 whistleblower Li Wenliang on the anniversary of the day – also Dec. 30, 2019 – that he learned of the possibility of a pneumonia-causing virus in Wuhan. read more

As of Wednesday, mainland China had reported 101,890 confirmed coronavirus cases, including both local and imported ones, with a death toll of 4,636.

Pakistan celebrities who got married in 2021