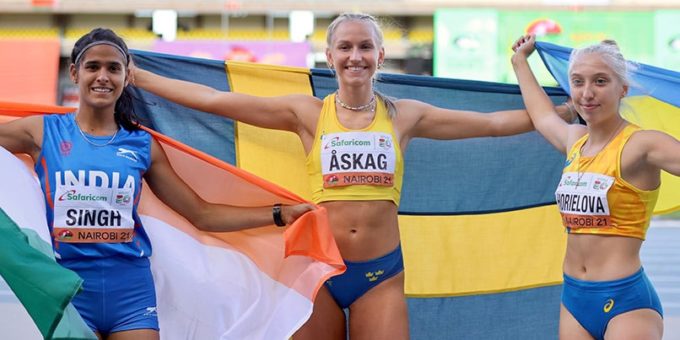 India’s Shaili Singh won the silver medal in women’s long jump at the World Athletics U20 Championships in Nairobi with a best attempt of 6.59m. She came agonisingly close to the gold medal, falling short by just 0.01m, with Sweden’s Maja Askag winning it with a best effort of 6.60m. Ukraine’s Mariia Horielova took the bronze medal. It was India’s second silver medal — and third overall — at this year’s edition of the U20 Championships.

Third medal for #India at the #WorldAthleticsU20

LONG JUMPER SHAILI SINGH WINS
A SILVER MEDAL with a jump of 6.59m

The 17-year-old Shaili Singh started with two jumps of 6.34m before taking the lead in the third round of jumps with her attempt of 6.59m.

However, Askag jumped 6.60 in her fourth attempt to win the gold medal with the narrowest of margins.

India’s women’s 4x400m relay team also finished fourth as the U20 Championships came to a close on Sunday.