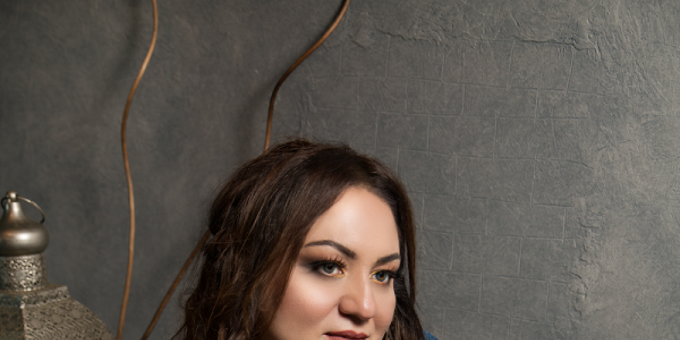 Since early 90s, Pakistani music is under heavy influence from the west. New singers are mostly looking for a shortcut to success try their luck in pop, fusion etc. and rarely we have seen someone who tries to revisit the golden age of music in Pakistan. Recently, a new name has emerged on horizon. Dr Farah Essa, who has adamant determination to produce some mature music. Farah, has recently released two of her original songs, Maula and Kaisey Guzaron, which are slowly being noticed.

The feel of her music resonates to the sounds of our bygone golden era. The Maula is the poetry of subcontinent’s famous Sufi poet Khwaja Ghulam Farid, which clearly has the essence of spirituality whereas Kaisey Guzarin is from Ustad Abdul Karim Khan, a classical maestro of musical gharana of UP, is an innocent pure love ballad with a touch of Amir Khusro style poetry. Farah is soon releasing her album titled, ‘Azm-e-Safar’ meaning ‘Ready To Go’. The album has eight songs, which are being released online one by one.

Farah’s next numbers are based on some old Kalaams, some of which are original with light romantic composition, while some of them are covers. Speaking exclusively to Masala, Farah revealed that she wants to sing pop and other genres in near future, however, right she only focusing to make her own distinct identity as her prime focus is on impactful poetry which touches hearts.

“I want to sing our great late Urdu poets because I strongly feel that we are forgetting the sweetness and beauty of this language. I also want to revive the traditional Ghazal Gaiki, which has been a very popular genre of our music in past, which is now fading away with time, I love spiritual poetry as well, little bit inclined towards Sufism, she adds.

Farah believes that music is something which you learn all your life. She admits that her voice is only suitable for semi classical music. She believes that semi-classic touch is also admired by young generation especially when it is fused with some other genres, so she wants to compose a complete pop song with Sarangi.She is a radiologist by profession, as she was and born into a family of doctors and physicians, medicine is her only option, but at the same time her love of singing also bloomed.