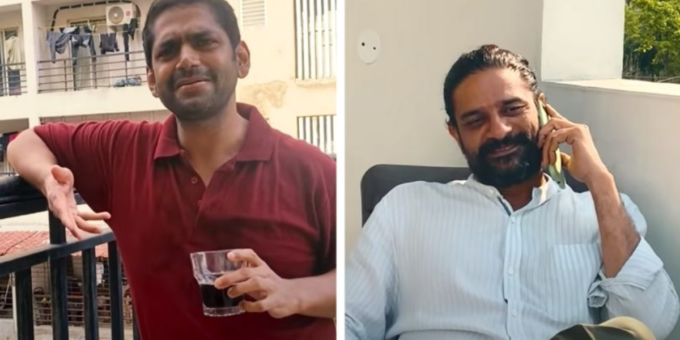 The much-awaited Season 2 of The Family Man, headlined by Manoj Bajpayee and Samantha Akkineni, dropped last week and received rave reviews from critics and fans alike. Created by Raj Nidimoru and Krishna DK, The Family Man revolves around a world-class spy Srikant Tiwari who can hunt down terrorists but has problems when it comes to dealing with his family.

Well, it turns out, Srikant might have company soon. Amazon Prime Video on Wednesday released a video, where Jaideep Ahlawat, who plays the role of Hathiram in the web series Paatal Lok, has a conversation with Sharib Hashmi aka JK from The Family Man. The conversation hints at a crossover.

In between the conversation, Srikant calls Hathiram. JK is gobsmacked and asks him how did Hathiram get a call from Srikant. Hathiram answers, “You don’t tell me all the confidential matters anyway. Srikant is calling me.” JK tells him nervously that Hathiram is suited for Chennai weather, to which Hathiram answers, “C is not only for Chennai. There are other words with C”

Well, it remains to be seen whether Hathiram will feature in The Family Man.

Your health astrology prediction for June 2022: Gemini to have anxiety, travel might bother Cancerians; know what this month has in store for others
2022-06-01