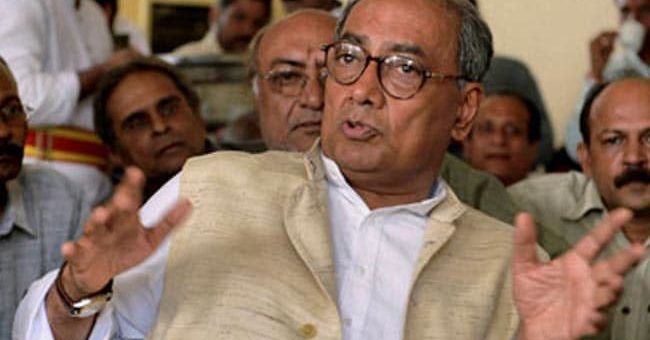 “I am not ruling myself out also, why do you want to keep me out?” Digvijay Singh told NDTV earlier.

A second key Congress leader from Madhya Pradesh will visit Delhi in the run-up to the party’s internal elections for the top post. Digvijaya Singh, former Chief Minister of the state, however, kept everyone in suspense on whether he would run for the post. “I have not discussed (the matter) with anybody. I have not sought permission from the high command,” he told NDTV today. “Leave it to me whether I will contest or not,” added the leader who once joked why he was being left out of the contest.

Mr Singh is currently in Kerala for the Bharat Jodo yatra and will return tonight to Delhi. Asked specifically by NDTV yesterday whether he said would contest, he said he would “file nomination if the high command asked me to do so”.

Earlier this month, asked which of the two contestants — Shashi Tharoor or Ashok Gehlot — would carry the day, Mr Singh had told NDTV, “Let’s see. I am not ruling myself out also, why do you want to keep me out?”

Two days later, he told reporters that he was not contesting.

Addressing a press conference in Jabalpur on Friday, he said he would not contest the Congress Presidential election, but would follow instructions by the higher authorities in the party.

The Congress election — expected to be a smooth transfer of power — has been thrown into chaos after rebellion by the Ashok Gehlot loyalists in Rajasthan. With the Gandhis upset over the developments in the state, it is unclear whether Mr Gehlot — thought to be the front-runner for the top post — is still in the running.

While a section of leaders in Delhi have started back-channel talks with Mr Gehlot to reach a resolution and some say he is still in the race, leaders in Rajasthan maintain that there is no question of his resigning the Chief Minister post. The total spells suspense, with Rahul Gandhi’s remark that the party will stick to its “One man one post” rule.

On Monday — a day after the Rajasthan rebellion — another former Chief Minister of Madhya Pradesh, Kamal Nath, had met Sonia Gandhi. Amid speculation on whether he would replace Mr Gehlot in the race for the party post, he told reporters that he wants to keep his focus on Madhya Pradesh.

“I have no interest in (Congress) President post. I’m only here for Navratri wishes,” Mr Nath told reporters.

Today another Congress veteran, AK Anthony from Kerala, is meeting Sonia Gandhi. Sources indicated that he is there in an advisory capacity.