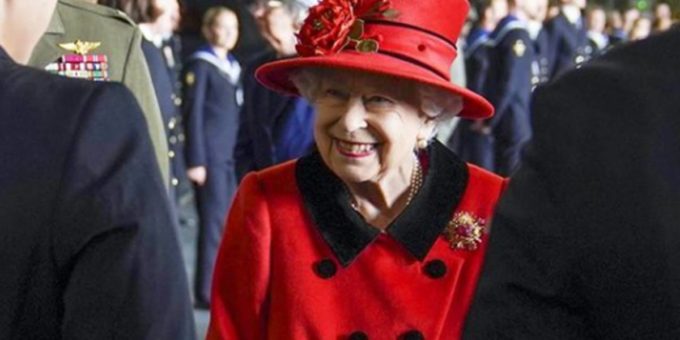 Queen Elizabeth II has always turned heads with her appearances marked by her quintessential style. Upon noticing her looks carefully, it emerges that the monarch likes to always keep them colourful. For instance, when she met Joe Biden recently, she chose a pastel pink floral coat while she wore a blue outfit for Trooping the Colour.

Turns out, there is a reason the Queen wears bright colours as opposed to earthy tones. Royal insiders say it is done as a strategic move to ensure visibility, reports Independent.

Sophie, Countess of Wessex, also explains in the documentary The Queen at 90, “She needs to stand out for people to be able to say ‘I saw the Queen’.

“Don’t forget that when she turns up somewhere, the crowds are two, three, four, 10, 15 deep, and someone wants to be able to say they saw a bit of the Queen’s hat as she went past,” she further says.

Sali Hughes, author of Our Rainbow Queen: A Tribute to Queen Elizabeth II and Her Colourful Wardrobe, also told Good Morning America in an earlier interview how “much thought” goes into every single look.

“If anyone thinks they’re overthinking the Queen’s fashion, they’re not, because they would never be able to think about more than the Queen and [royal dressmaker] Angela Kelly,” Hughes added. Kelly has been the Queen’s personal dresser since 2002.

Of all colours, the Queen’s most used colour is blue (29 per cent of engagements), followed by florals (13 per cent), while green and cream tied for third (11 per cent each), according to an analysis of her 365 days of her wardrobe by Vogue in 2012.