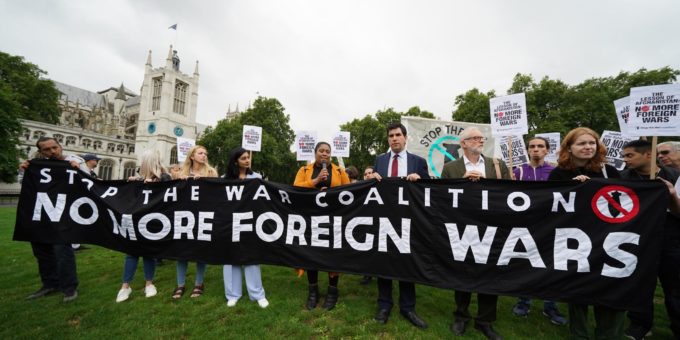 After 20 years of violent warfare the Taliban in Afghanistan has took back control of the country. What does this mean for the coming years? And what does history teach us?

In lightning- speed advances, the strict Islamic group has taken over all of Afghanistan’s major cities including Kabul, the capital. Their latest offensive has come at a point when US troops were preparing to completely withdraw from the poverty stricken country after invading it two decades ago.

The Taliban declared the country to be an ‘Islamic Emirate’ just as they did when they ruled the war-torn nation between 1996-2001.

Members of the Taliban were involved in warfare against the Russians after they invaded Afghanistan in 1979. Mullah Mohammad Omar founded the Taliban in 1994. The word Taliban can be translated as ‘students’ in the Pushto language.

The group was initially comprised of madrassa (seminary) students but they went onto conquer the country and implemented a strict version of Islam – an offshoot of the Deobandi school of Hanafi Islam.

Historically speaking, Afghanistan is known as the ‘Graveyard of Empires’ as the British, Russians and now the Americans have learned the hard way. The country is notoriously difficult to conquer and govern as the British Empire discovered during the 1839- 1842 Anglo-Afghan wars.

The Soviet Empire was defeated by the Afghan people after a decade of war and more recently – after twenty wasted years – the Americans, who were due to completely ‘withdraw’ from Afghanistan in September after their longest foreign war.

The Pashtun group claimed some areas from the government by force but in other places the National Afghan army retreated without a fight. Over the past 10 days the Taliban made unprecedented advances across the country with relative ease. The Taliban regime was toppled very easily in November 2001 after the 9/11 attacks and there has been a strong international presence there ever since. Tens of billions of dollars have been invested in training the Afghan government forces. Nonetheless, the US has lost this war just like it lost in Vietnam.

The Taliban fought against the most advanced and sophisticated army in the world and defeated them and their proxies.

America had no business in getting involved in the affairs of another nation. It had no right to play king-maker. If the people of Afghanistan are happy with the Taliban then that is their prerogative. Positively, the Taliban signalled it would make provisions for women and minority rights in line with Islam, including enabling access to work and education.

There are chaotic scenes from Kabul airport as thousands are trying to flee the country after the Taliban takeover. Some fell to their deaths after hanging onto moving planes.

President Joe Biden said in his televised address to the nation: “It is wrong to order American troops to step up when Afghanistan’s own armed forces would not.

“I cannot and will not ask our troops to fight on endlessly in another country’s civil war.”

He also said that he ‘stands squarely’ behind his decision to pull out troops from Afghanistan. He defended the invasion of Afghanistan 20 years ago and highlighted the destruction of Al-Qaida and the assassination of Osama Bin Laden.

In their first press conference after taking power, Zabihullah Mujahid, spokesperson of the Taliban said that women will enjoy rights according to Islamic law and that there would be an amnesty for all who have worked for foreign powers. The spokesman added that they will not seek ‘revenge’ and that all Afghans would be ‘forgiven’.

They promised to end the narcotics trade in Afghanistan as they did in their first tenure more than two decades ago. They gave assurances to the world that the country would not become a base for terrorist groups. They also urged women to join their movement who will now be allowed to study to university level.