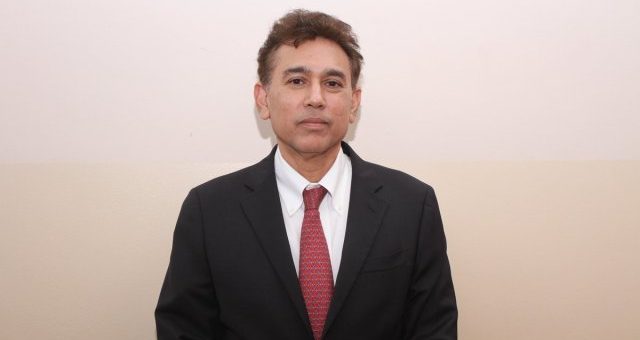 Wasim Khan has finally been replaced. The former Pakistan Cricket Board chief executive was one of the officials who step down from their respective positions soon after Ramiz Raja’s election as the board’s chairman.

Faisal Hasnain, 62, who has been appointed as the new PCB CEO in the place left vacant by Wasim, comes in with a 35-year experience in finance and sports administration at his back.

While Wasim was chief executive at the Leicestershire County Cricket Club in the United Kingdom before he joined the PCB, Hasnain’s last job was with another national cricket board.

He worked with the Zimbabwean cricket body until 2018 at a very tough time when the board was struggling with its finances. Hasnain helped them get financial support from the International Cricket Council.

His role was key in Zimbabwe Cricket’s success in securing hosting rights for the 2019 World Cup Qualifiers, which was down to him helping upgrade and refurbish stadiums.

With Ramiz Raja making it clear that under him the PCB will look to strike strong strategic and commercial partnerships to help the body flourish finacially, Hasnain’s experience with the department might have been the reason behind the chairperson’s decision.

Pakistan also won the hosting the rights of the 2025 ICC Champions Trophy and Hasnain might come in handy with stadium upgradation and improvement of facilities.

“Faisal is a familiar figure in world cricket and is highly regarded, respected and trusted for his excellence in corporate governance, financial management and commercial acumen,” Ramiz was quoted as saying in a PCB press release.

“With the plans I have for the PCB, Faisal will be a perfect fit as he can utilise his vast experience and knowledge to help us achieve our commercial and financial objectives of making Pakistan cricket bigger and stronger.”

A spacecraft has ‘touched’ the sun for the first time — ScienceDaily