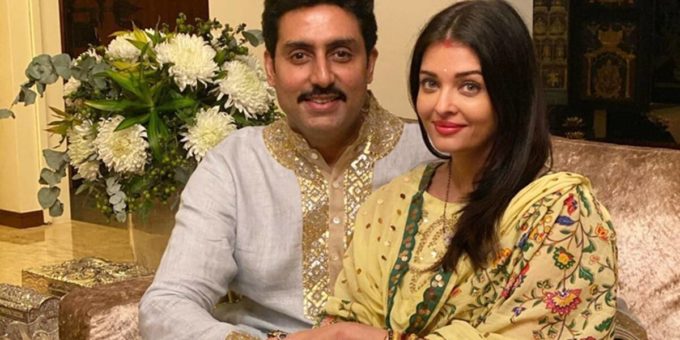 Aishwarya Rai and Abhishek Bachchan like to keep their personal lives private, rarely giving a peek into what goes on behind the closed doors. But on those occasions, they really speak their heart out and reveal what has kept their marriage solid despite the push and pull of living their lives amid public scrutiny. The couple married in 2017 and have a daughter Aaradhya together.

When asked if they fight with each other, Aishwarya had said candidly in an interview with Vogue that fights happen “every day.” Abhishek, however, had clarified, “But they’re more like disagreements, not fights. They’re not serious, they’re healthy. It’d be really boring otherwise.” Now won’t couples everywhere relate with that?

Abhishek once shared that it was him and not Aishwarya who made up after a fight. (Photo: Abhishek Bachchan/Instagram)

Abhishek had added that it was him and not Aishwarya who made up after a fight. “Women don’t make up!,”the actor had said, adding, “But we have a rule—we don’t sleep on a fight. And in defence of all men, I want to tell you, half the time the reason we give in and say sorry is because we’re just so sleepy and want to go to bed! Besides, women are the superior race, and they’re always right. The sooner men accept that, the better. It doesn’t matter what you say, even if you have concrete proof, in their world, it’s futile, it makes no sense.”

One thing that both Aishwarya and Abhishek are unequivocal about is their faith in marriage. “Keep the faith. Believe in it, heart, mind and soul. The body will follow anyway! Be brutally frank with yourself. You are your own best friend. Experience everything for real, and you will cherish it forever,” was Aishwarya’s advice when it came to marriage.

Abhishek had added, “Everything you think marriage is going to be, it’s all that and more. Don’t believe the haters. People have joked about marriage for so long that it’s come to stick. But it’s great fun. Go for it. Just be 500 per cent sure of the person. Don’t do it if you have even an iota of doubt, if you’re not completely convinced.”

Aishwarya and Abhishek have worked together in a number of films such as Guru, Dhoom 2 and Raavan. The couple was expected to come together for Anurag Kashyap’s Gulab Jamun but the film has now been shelved.

The Latest on the Evacuation in Afghanistan and Terrorism Threats