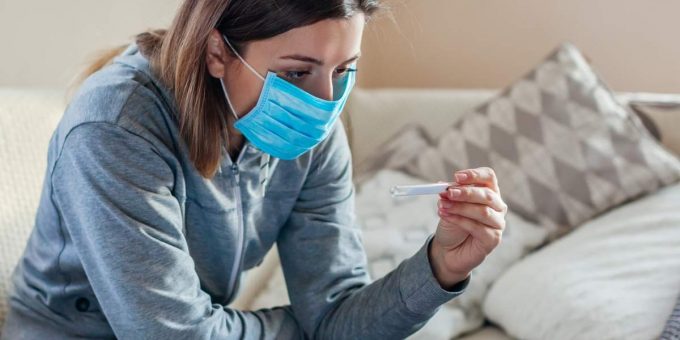 The classic signs and symptoms of the COVID-causing virus include a cough, fever, pain and more predominantly, impaired sense of smell.

However, as new mutations are being noticed, many suspect that the virus has gotten smarter in the ways it launches an attack on our body.

For example, some studies have established that the virus can quickly escape immune defences present along some vital organs, and unleash an attack in more impactful ways.

Fever, which is not predominantly seen with ALL cases carrying the original strain is considered to be a more severely seen symptom in cases tested positive for the new mutation.

Certain other symptoms such as hearing loss, muscle pain, skin infections and distorted vision, which are otherwise scarcely observed may be more common with the newer strains.

As for the double mutant virus, scientists are still studying to establish the manifestations. Yet, many believe it to be less likely to be more infectious than the UK variant. Whether or not it causes more severe symptoms is uncertain too. Mask wearing, and following precautions diligently is the only way to fully safeguard yourself.

These Besan Kachoris Are Crispy, Fluffy And Perfect For A Weekend Breakfast- Watch Recipe Video