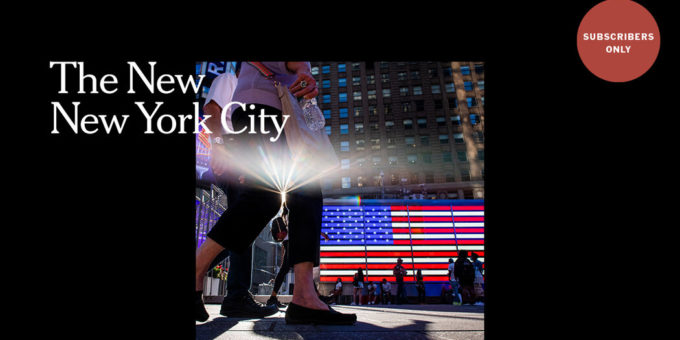 Live captioning will be available here.

With a high population density, reliance on subway systems and plethora of public spaces, many experts predicted the decline of New York — and other cities like it — during the coronavirus pandemic. Yet with vaccination rates rising and the easing of many Covid-19 restrictions, even in spite of the emergence of new variants, the city’s outlook seems to point toward a lighter and more hopeful future.

What does the path forward for New York City look like? How does its revival influence the comeback of other big cities across the country?

Join us, along with Democratic mayoral nominee, Eric Adams; the playwright Jeremy O. Harris, creator of “Slave Play” and co-writer for the film “Zola”; and chef Marcus Samuelsson, owner of the Red Rooster restaurant in Harlem, along with dozens of others from London to Bermuda, as we re-imagine what the future of the city might be. They’ll speak with Times journalists Emma G. Fitzsimmons and Jazmine Hughes.

Politics reporter Astead Herndon, our host for the event, will also moderate a live conversation with The Times’s Ginia Bellafante, Big City columnist, and architecture critic Michael Kimmelman, who will be taking your questions.

It’s all part of our latest subscriber-only event. Looking forward to seeing you there.

Jason Momoa on Sweet Girl: It’s the hardest thing I’ve had to do to date