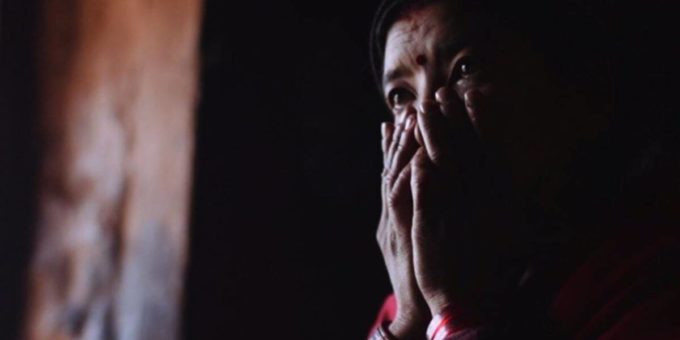 Reading and researching about carbon emissions and global warming, she was hit hard by climate anxiety. “I was pretty worried and scared thinking, ‘this sounds really bad. Why is nobody doing anything about it? Why is this not a priority?.’ I didn’t have enough information on climate change. I was worried and there was no way for me to convey my thoughts or anxieties,” Vallangi, a freelance writer and photographer, says.

Currently screening at the Climate Crisis Film Festival, her first documentary film ‘The Weight of Water’ is an attempt to capture how climate change has affected the daily lives of the people of Nepal. Co-produced and shot by Deej Phillips, a British documentary filmmaker, the 68-minute documentary follows three stories highlighting three different issues in three geographical regions of Nepal.

Bound by the theme ‘water’, the film takes a peek into the life of a mother who faces health problems as she walks for almost three hours every day to fetch water, a family who lost a daughter to flash floods, and a football team that battles a flooded training field every year.

The story of Kamala is the story of over a hundred thousand women in Nepal who walk for hours to fetch water. A 2016 report from the Nepal Institute of Medicine and United Nations Population Fund (UNFPA) showed that about 6% of Nepali women suffered from uterine prolapse or weakening of the muscles and tissue in the pelvis. Doctors explain that early marriage, multiple deliveries within a short period of time and heavy work after childbirth are the causes of uterine prolapse.

Though Nepal’s Supreme Court declared uterine prolapse a human rights issue in 2008, an Amnesty International report noted that “the government has failed to address the gender discrimination that underlies the causes of uterine prolapse thus failing to ensure Nepali women can exercise their sexual and reproductive rights.”

Nepal’s varied topography has made the country susceptible to geological and climate-related disasters such as landslides, flash floods and droughts. Studies by the Asian Development Bank suggested Nepal faces losing almost 10% of its annual gross domestic product (GDP) by 2100 to climate change-driven events.

How to capture climate change stories?

When the team met the family of Sanchana, a 13-year old girl who got washed away in the 2019 floods, they were still coping with the sudden loss. “I’m very careful not to be too intimidating. I try to be relatively invisible, quiet, being in the background, and always try and let things play out. We were getting them to relive that moment and bringing a memory back they were trying to come to terms with. So it was a challenge. But I think you just have to be patient, and be sensitive. And let it happen,” says Philips.

The team has planned to have physical screenings with NGOs and organisations in Nepal. “Our initial plan was to cover the four regions of Nepal – plains, mid-hills, hills, and snow-covered areas. We have applied for funding and hope to go to the Himalayas and film something there. The next projects definitely will be around the glaciers and glacial lakes,” adds Vallangi.