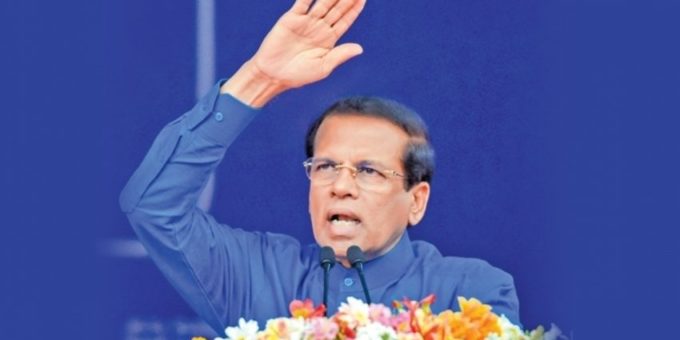 COLOMBO (News1st): Former president Maithripala Sirisena has said he has not seen a weak opposition like the one at this year’s parliamentary poll.

“The Podujana Peramuna has received the blessings of the people. We are happy about that,” he said after casting his vote in Polonnaruwa on Thursday.

The leader of the Sri Lanka Freedom Party, that has formed an alliance with the Sri Lanka Podujana Peramuna also observed that this year’s election has been peaceful.

“We believe that people enjoy what the universal franchise has contributed to their democratic rights,” Sirisena told reporters.

Bright and bold: Neon makeup trend is here to stay