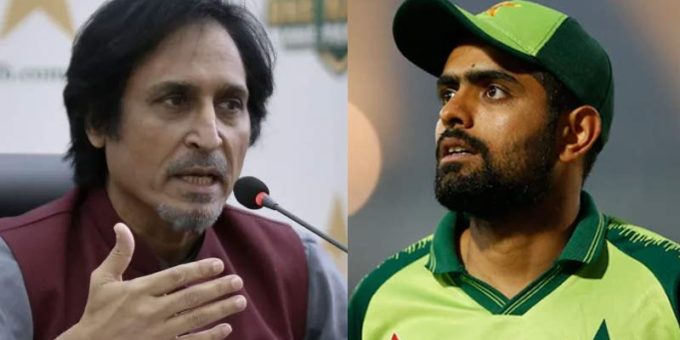 The Pakistan Cricket Board (PCB) Chairman Ramiz Raja has opened up about the inclusion of foreign coaches in the team management, in order to avoid putting additional burden on skipper Babar Azam.

While
speaking in a video released by the PCB, Raja revealed that he held talks with Azam,
wicketkeeper Mohammad Rizwan and interim head coach Saqlain Mushtaq with
regards to coaching staff.

“I discussed
the future of Pakistan’s team management with Saqlain, Babar Azam and Rizwan
and the general opinion is about inclusion of a foreign coach in the Pakistan
team environment,” said Raja. “I firmly believe that you need someone with
local knowledge on away tours. But you also need some regular coaches in order
to maintain a good environment in net sessions.”

“I also
think that we might not have the capacity to give all the responsibilities to
the captain [Babar]. He is a relatively new captain which is why we don’t want
to pressurise him,” he added.

Raja also
shed light on the absence of coaches during Pakistan’s tour of Bangladesh and
home series against West Indies, recently.

“This is precisely
the reason why we decided against employing technical coaches for the series
against West Indies and Bangladesh, so that the team knows how to handle
pressure situations on their own. This will also allow them to understand their
greatness as a player,” he concluded.

Shiba Inu Is The Most Popular Cryptocurrency In 2021. It Was Viewed 43 Million More Times Than Bitcoin

Bigg Boss 14: The contestants’ contracts to be revised, no weekly payments to be given : Bollywood News
2020-07-20