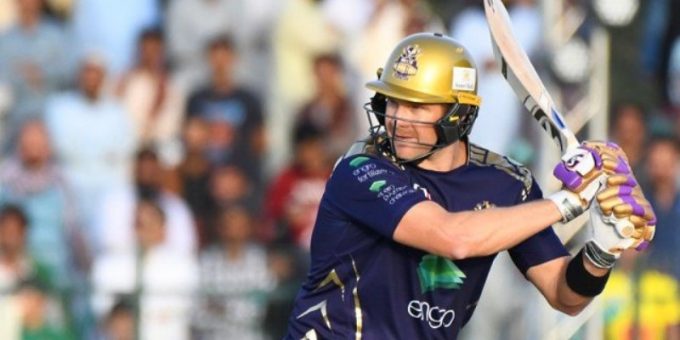 Australian all-rounder Shane Watson has stated that the Pakistan Super League (PSL) stands out as one of the best cricketing leagues of the world since it prioritises the quality of the sport over entertainment gimmicks.

“The one thing that the PSL and IPL (Indian Premier League) do is make the quality of the cricket the number one priority,” Watson wrote in his T20 Stars blog. “They know that if this is of the highest quality possible, then the longevity of the tournament and the commercial growth and success will look after itself.”

Watson, who represents Quetta Gladiators in the PSL, said that entertainment gimmicks rarely affect the performance of the players in the T20 tournament.

He believes the Big Bash League (BBL) and other cricketing competitions have lost their way a bit since they focus on entertainment gimmicks.

The veteran Australia cricketer said that things such as players speaking to commentators on the microphone while performing on the field tends to drive their attention away from the game.

“One of the gimmicks that I really feel takes away from the quality of the cricket product is the mic’ing up of players — up to two players from each team fielding are being mic’d up with a significant amount of the captains being one of the two players.”

The all-rounder asked how can a captain pay attention to the game when he is being interviewed regularly when he should be focusing on what is required.

24 Migrants Killed, Many Injured After Their Truck Collides With Another In UP

20% of the domestic flights would resume operations: Ghulam Sarwar Khan