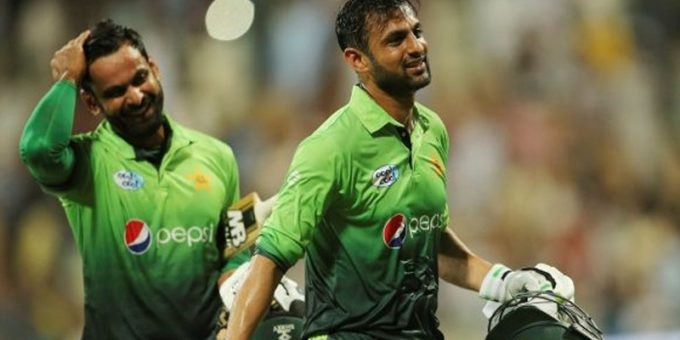 Pakistan Chief Selector Mohammad Wasim has opened up about the future of veteran all-rounders Shoaib Malik and Mohammad Hafeez in T20I cricket.

Malik, 39, and Hafeez, 41, are keen on playing the shortest
format of the game and have no retirement plans at the moment.

While speaking on Samaa TV’s show Game Set Match, Wasim made it clear that the selection committee
holds all the cards when it comes to player’s participation in a series.

“The selection committee, along with team management, will
pick and choose who will play instead of the players and the same is the case
with Shoaib Malik and Mohammad Hafeez. The players can’t choose the series they
want to play,” said Wasim.

Wasim also said that Malik and Hafeez will be considered for
selection if they fit the team’s plans for next year’s T20 World Cup in
Australia.

“We will consider the players who fit our plans for the next
World Cup and we will talk to those who don’t. But right now, I won’t comment
on whether they [Malik and Hafeez] will be part of our plans or not because we
are looking at new players, like the ones you saw in the Bangladesh tour, as
well,” he said.

It must be noted that Hafeez decided against playing, in
order to give youngsters a chance, in T20I matches during Pakistan’s tour of Bangladesh.
On the other hand, Malik was dropped for Pakistan’s home T20I series against
West Indies recently.