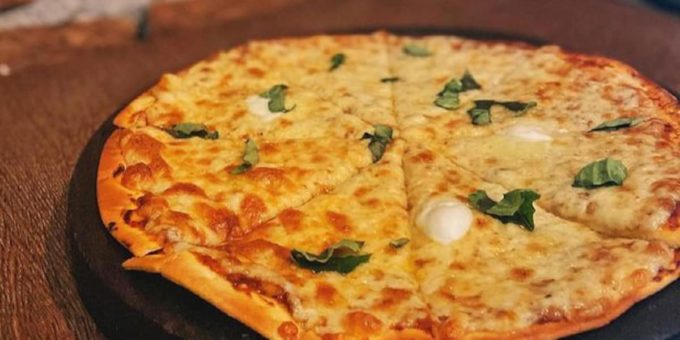 Pizza is one dish that nobody can resist. The tempting combination of crusty dough with oodles of cheese, fresh Marinara sauce and delicious toppings is heavenly to say the least. Pizza lovers often debate about what is the right way to cut a pizza. While some say that pizza cutters are the most convenient, others swear by the humble fork and knife. However, one Twitter user had a bizarre and shocking solution to cut up a pizza. Believe it or not, she actually used scissors to cut her pizza, and she even thought that it was better than any other method previously used. Take a look at her tweet:

The tweet was posted by user @abidickinson, and in a short span of time, it has received over 12k likes. “Cutting a pizza with scissors>>>,” she wrote in her tweet that garnered hundreds of comments and left Twitter users in shock.

Twitter users remained divided about using scissors to cut pizza. While some were in shock that such an implement exists, others shared pictures of scissors meant for cutting pizzas and sandwiches. Take a look at the reactions:

Who does that? Isn’t that what a Pizza cutter is For I mean why else would they invent one otherwise lol ????— SnapzzyArtist94 (@Snapzzyartist02) February 8, 2022

Cutting pizza with THESE scissors pic.twitter.com/uhCdQL2f5v— Not Half (@NotHalf1) February 8, 2022

What did you think of the weird technique to cut pizza with scissors? Tell us in the comments below. Interestingly, 9th February is also celebrated as World Pizza Day. If you’re looking for some delightful ways to snack on pizza, we’ve got you covered. Click here for some delightful Pizza snacks that you can binge on.

ASTRO’s Moonbin and Sanha to make comeback as unit in March; pre-release single ‘Ghost Town’ to be out on February 11 : Bollywood News
2022-02-04

Guilty actor Akansha Ranjan Kapoor: Feels great to be able to speak to the audience through my first film
2020-03-23