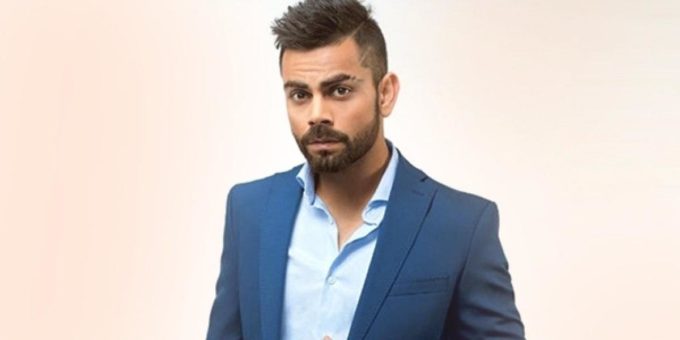 Cricketing star Virat Kohli remains the only Indian in the Forbes list of world’s highest paid athletes. His estimated annual earnings currently stand at USD 25 million. Although he remains the sole Indian in the list, the captain has dropped 17 spots and now stands at 100th in the rankings. The list, which is publishes annually, is headed by football hero Lionel Messi. According to the Forbes list, Kohli’s estimated earnings are USD 21 million from endorsements and USD 4 million from salary and winnings, taking his total up to USD 25 million for the last 12 months. Despite an increase of USD  100 million in endorsements, Kohli climbed down to the 100th spot from his ranking of 83 the previous year.

Meanwhile, Messi has dethroned retired boxer Floyd Mayweather as the sport’s world’s highest earner, after raking in a staggering USD 127 million from salary and endorsement deals. This now puts Messi  ahead of long-time rival Cristiano Ronaldo, the Juventus and Portugal star who is second with earnings of USD 109 million.

Virat Kohli is currently in the United Kingdom as the Cricket World Cup 2019 is underway. India is all set to play against long term rivals, Pakistan this Sunday and fans can hardly wait. As the world cup matches intensify, teams are battling hard to get a spot in the final. Virat Kohli led the boys in Blue to a massive victory last weekend against Australia and fans were all praise for the cricketing star.

Some Indian fans however were found booing Steve Smith when he was fielding at the boundary which didn’t sit well with Kohli. He then gestured them to cheer for the former Australian captain and Indian fans complied.

Former England cricketer, Nick Compton, however had a thing or two to say about Kohli’s actions while the rest of the world went on praising the captain. Compton said that Kohli actually had no right to tell the crowd what to do. He took to Twitter to say, “I don’t think Virat Kohli had any right to tell fans to stop booing at Warner and Smith but rather clap them.. found it rather condescending if truth be told! @cricketworldcup #CricketWorldCup2019.”

I don’t think Virat Kohli had any right to tell fans to stop booing at Warner and Smith but rather clap them.. found it rather condescending if truth be told! @cricketworldcup #CricketWorldCup2019 pic.twitter.com/yUnxdki9Wk

Would you agree? Tell us in the comments below!

Amanda Bynes sued by rehab for not paying

Impeccable timing turns the fall election into a referendum on pharmacare

Varun Dhawan to collaborate with Rajkumar Hirani for a slice-of-life drama titled Made In India : Bollywood News
2022-01-15