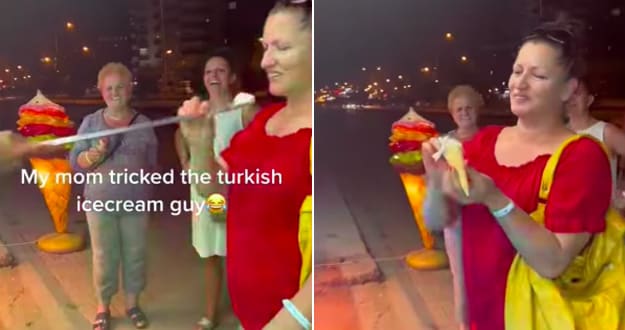 The video was shared by @moistnlover and @theloversayings on Instagram, but the credit goes to @tinasy444, who recorded the video. It is her mother in the video who manages to trick the Turkish ice cream vendor. The video has gone viral with over 19 million views and 2.1 million likes.

People were highly amused to see the Turkish ice cream vendors being pranked for once. Here’s what they commented on the internet:

“Me. Because I’m not trying to play.”

What do you think of the video? Do you think you would be able to prank the Turkish ice cream vendor, just like the woman did? Do tell us in the comments section below!

Dragon Age: Dreadwolf Confirmed as the Next Entry in the Series by BioWare
2022-06-03