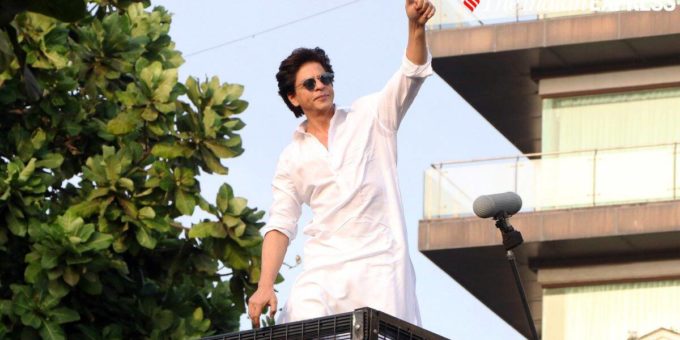 Comedian Vir Das was recently a guest on American actor Whitney Cummings’ podcast Good For You Podcast with Whitney Cummings. During their conversation, Das spoke about Shah Rukh Khan and described him as the biggest movie star in the world. When Cummings searched SRK’s name on the internet, Das said, “He (SRK) is the biggest star in the world, in terms of everything – fan base, reach, in terms of anything.”

The comedian then described the crowds outside Mannat that gather to catch a glimpse of Shah Rukh. “Every Sunday he will have 10,000 people waiting outside his house,” shared Das. He then explained the reason for SRK’s popularity and shared that it was his romantic hero image that made him a lovable hero. Cummings commented that it is very rare for a person to be liked by both men and women and SRK seems to have that quality.

Das also spoke a bit about Shah Rukh Khan’s journey from rags to riches and said that his story is very aspirational to people which makes him all the more likable. He then spoke about Shah Rukh’s signature witty humour and said, “Our version of the Oscars, I used to write jokes for that. He used to host it. You’d be up in his house, pitching jokes to the guy, and he’d never listen to you. He’d go on and do his version of the joke and it would always be better.”

Shah Rukh Khan will next be seen in YRF’s Pathan, where he is starring alongside Deepika Padukone and John Abraham.