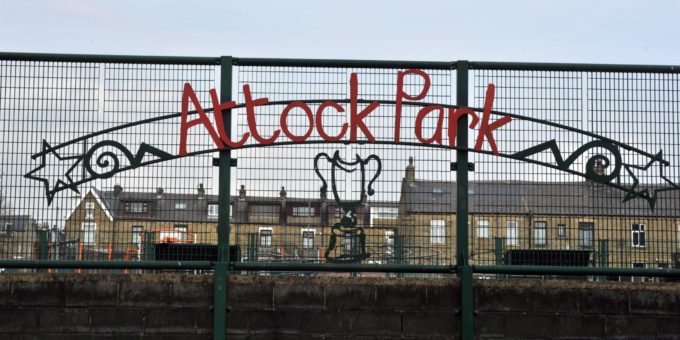 A man has been sentenced for his part in a violent disorder in a Bradford park more than five years ago in which a young Gambian footballer was beaten to death with a baseball bat.

No one has been brought to justice for the killing but today a 27-year-old man who admitted being present during the violence was given a suspended sentence order at Bradford Crown Court.

Mohammed Yaseen Miah, of Heath Terrace, Bradford Moor, Bradford, pleaded guilty to using or threatening unlawful violence with others on the evening of Mr Ann’s death but the Crown accepted that he was not carrying a weapon or taking any part in the violence.

Prosecutor Jonathan Sharp said that a group of young men of Gambian descent were playing football in the busy park that evening when a stray ball hit a car.

It was an accident but an argument ensued and some young Asian males took great exception to what had happened.

They summoned others on the phone and by 7.35pm a group of around 30 young Asians had turned up en masse, on foot, on quad bikes and in cars, Mr Sharp said.

They set off firecrackers, either to signal the start of an attack or to intimidate, before beating up the Gambians with baseball bats and lengths of wood and throwing stones at them.

Mr Sharp said the Crown accepted Miah’s basis of plea that he had no weapon and did not take part in the violence but he had driven his car to the scene and he was present in a joint enterprise role.

The attack lasted around 25 minutes and saw one young Gambian male knocked out with a bat and kicked, the court was told.

Mr Ann was also set upon and struck with a bat so hard that he died of his injuries on September 13, 2016.

The court heard that some of the Gambian men then attacked the Asian males. Miah drove at them at speed before leaving the scene.

He sold his car in Rotherham soon afterwards using a friend to complete the transaction and taking substantially less than he had originally wanted for it.

Mr Sharp said that the police had great difficulty obtaining evidence during the investigation into Mr Ann’s killing.

In 2019, they deployed two undercover officers to meet up with Miah and befriend him. During a series of recorded conversations he told them he was present in the park at the time of the disorder.

But afterwards, he continued to deny any involvement until he pleaded guilty to violent disorder on the day of his trial after a legal submission to exclude the evidence of the undercover officers from the hearing failed.

Miah’s barrister, Jeremy Hill-Baker, said the undercover officers had plied him with drink in licensed premises in an effort to gain information they hoped would lead to Mr Ann’s killer but the Crown had accepted that Miah played no role in his death.

Miah was 21 at the time of the violence which happened more than five years ago.

“He’s in work, he’s a carer and an awful lot of water has flowed under the bridge,” Mr Hill-Baker said.

He accepted that he had no weapon and did not join in the attack but he drove a man away from the scene, assisting him to escape.

Judge Davey said Miah’s presence in the park “assisted and encouraged the episode of violent disorder.”

But it was “low level involvement” and a lot of time had passed since then. He was in work, he had no previous convictions for violent offences, and he had matured considerably since then.