Vidyut Jammwal was spotted at a restaurant in Mumbai along with his fiancee Nandita Mahtani and wellness coach Deanne Panday. The trio went for dinner on Sunday. A paparazzo spotted them leaving and posted a video of them making an exit from the restaurant.

Vidyut was dressed in blue and white while Nandita chose a white short dress for the outing. In the video, Vidyut is seen helping Nandita climb down the stairs by holding her hand. The trio then posed for the paparazzi.

Vidyut and Nandita got engaged in September last year in Agra. Confirming the engagement, Vidyut shared two pictures of him and Nandita. In one picture, the couple was seen holding hands in front of the Taj Mahal while the other picture was from their rock climbing activity. Sharing the pictures Vidyut wrote,  “Did it the Commando way 01/09/21.” 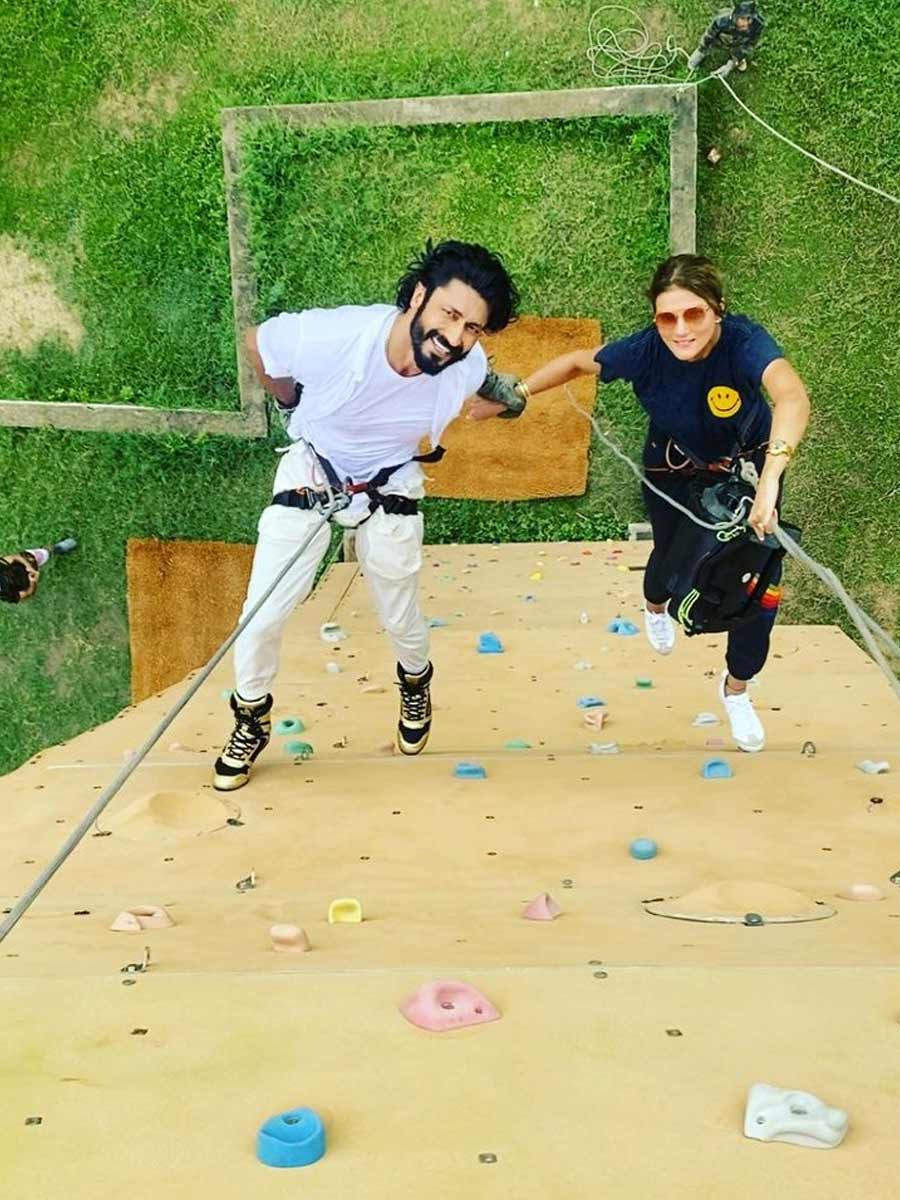 Speaking about his marriage, Vidyut told a leading news portal, “Wedding is going to be happening exactly like this. It can’t be just regular. I’m not regular. I don’t want to do anything that’s regular. So I don’t have a date. I don’t know when it is going to happen, but I have an idea. It will be spectacularly different. Yeah, maybe we try skydiving with 100 guests, all in those skydiving gear and they’ll all jump with me. That would be so cool.”

Kelly Clarkson Settles with Brandon Blackstock: Fine, He Gets One Tiny Piece of the Ranch!