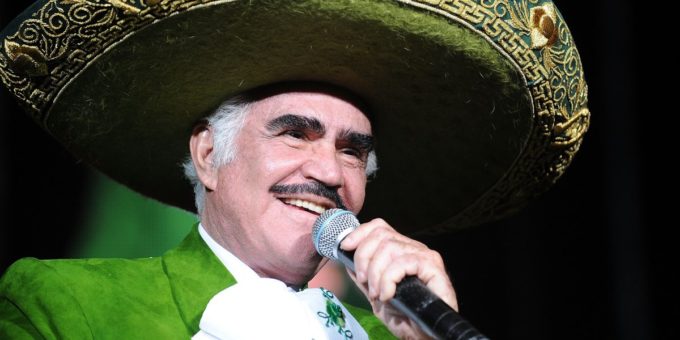 Vicente Fernández, the Mexican entertainer whose illustrious career as the “king of rancheras” spanned decades in music, film and TV, has died. He was 81.

Plans for his funeral were not announced.

Fernández died in Guadalajara in his home state of Jalisco. He had been hospitalized for four months after a fall at his ranch. Fernández suffered from Guillain-Barré syndrome, which made it difficult for him to recover.

PHOTOS: Vicente Fernández Through the Years

Fernández was known as “Chente” to his adoring fans. He’s been compared to the likes of Frank Sinatra.

His songs of love, heartbreak and masculinity are a staple in Hispanic households. They include the hits “El rey,” “Volver, volver” and “Por tu maldito amor.”

Fernández was so widely revered that the president of Mexico, Andrés Manuel López Obrador, released a statement.

“My condolences to family, friends and the millions of admirers of Vicente Fernández, a symbol of the ranchera music of our time, known and recognized in Mexico and abroad,” he said on Twitter.

One of his sons, Vicente Fernández Jr., shared a photo on Instagram of the two smiling.

“Thank you for everything!!!” the caption read. “I LOVE YOU FATHER.”

In 2012, Fernández underwent a complex surgery that removed almost half of his liver because of a tumor. A year after that he faced pulmonary thrombosis, and in March 2015, the singer had three hernias removed.

This year he was faced with allegations of sexual abuse by singer Lupita Castro. Fernández denied any inappropriate behavior.

Fernández has sold more than 65 million albums and filmed more than 35 movies. He won three Grammys and eight Latin Grammys, in addition to being named Person of the Year by the Latin Recording Academy in 2002.

In 1998, Fernández received a star on the Hollywood Walk of Fame.

Leaked video case: missing girls could not be recovered yet in quetta