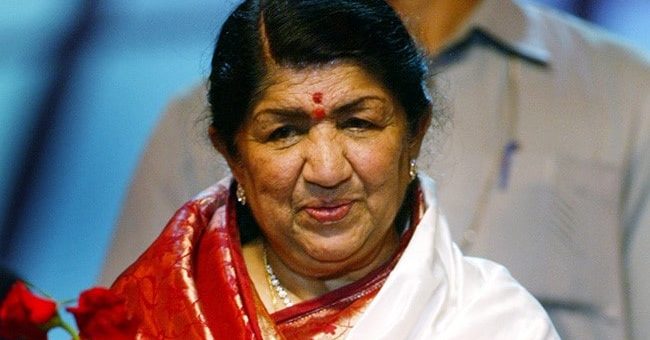 Lata Mangeshkar was popularly known as the ‘Nightingale of India.’

Ms Mangeshkar was taken to the intensive care unit on January 8 after testing positive for COVID-19. On Saturday, her condition had deteriorated again and she had to be put on ventilator support. She was under medical observation. Lata Mangeshkar was being treated for both pneumonia and COVID-19. Her symptoms were mild but she was in ICU because of her age, family said.

Over the next few weeks, Ms Mangeshkar showed signs of improvement. However, on Saturday, hospital authorities said that Lata Mangeshkar had been put back on the ventilator after her health deteriorated, news agency ANI reported.

Lata Mangeshkar, a recipient of the Bharat Ratna, Padma Vibhushan, Padma Bhushan and Dadasaheb Phalke Awards, was an icon of Indian cinema, having sung playback for an extensive list of Hindi films; she also sang in several regional languages including Marathi and Bengali.

Ms Mangeshkar, who belonged to a prominent musical family, also composed music as well as produced a handful of films. She was popularly known as the ‘Nightingale of India.’

Prime Minister Narendra Modi was among the first ones to share the sad news and said he is “anguished beyond words”.

“The kind and caring Lata Didi has left us. She leaves a void in our nation that cannot be filled. The coming generations will remember her as a stalwart of Indian culture, whose melodious voice had an unparalleled ability to mesmerise people,” he tweeted.

Here are the updates on Lata Mangeshkar’s Death:

Get NDTV UpdatesTurn on notifications to receive alerts as this story develops.

Boney Kapoor posted a memory with the late singer Lata Mangeshkar and his late wife Sridevi and he wrote: “Deeply saddened by the news of Lata Mangeshkar Ji’s passing away. She leaves behind a huge legacy of songs which will be treasured for generations to come. May her soul rest in peace. Condolences to the family.”

Deeply saddened by the news of @mangeshkarlata Ji’s passing away. She leaves behind a huge legacy of songs which will be treasured for generations to come.May her soul rest in peace. Condolences to the family. #NightingaleofIndia#LataMangeshkarpic.twitter.com/svW9iZsQb4

She made our hearts go up an octave or more with love and longing, moved us to tears of joy and sorrow, sometimes introspect and other times dance in abandon, her voice mirroring our every emotion, her songs covering the cadence of time and history from the gramophone to the digital age.

Lata Mangeshkar is dead but the music plays on – in a seemingly endless refrain, as it has for almost eight decades and likely for many more. 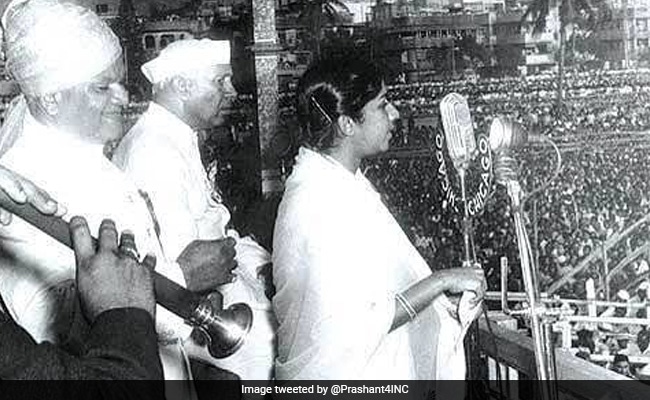 Feb 6 is a dark day for us – the legend who has given us a treasure trove of lilting songs, the Nightingale of India, Lataji, has left us to continue her divine music in heaven🙏 It is a personal loss for me as our affection & admiration for each other was mutual❤️ pic.twitter.com/zTUjlw9D7y

Deeply saddened to hear about the demise of Lata ji. Her melodious songs touched millions of people around the world. Thank you for all the music and the memories. My deepest condolences to the family & the loved ones. 🙏

End of an ERA. A Leagend ascends to the HEAVENS. RIP @mangeshkarlata Ji. Your voice will forever be enriching our soul. 🙏🙏🙏🙏🙏 pic.twitter.com/jJzMXq1HZ1

“It is not possible to put into words her contribution to the music world. Her death is a personal loss for me,” he tweets

A State funeral will be accorded to Lata Mangeshkar, says the Chief Minister’s Office.

Just In| Lata Mangeshkar’s funeral with full state honours at Mumbai’s Shivaji Park at 6:30 pm today: News agency ANI
Lata Mangeshkar’s Voice Was The Soundtrack To Our Lives
Lata Mangeshkar sang this evergreen number in 1964 and the nation was ready to fall in love for such was the power of the singer’s voice. Transcending boundaries of region and language, Lata Mangeshkar became an indelible part of every Indian’s life ever since her debut as a singer in the 1940s. Update|  Two-day national mourning will be observed in memory of Lata Mangeshkar who died today in Mumbai’s Breach Candy Hospital.
“Lata Didi Has Left Us. She Leaves A Void”: PM Modi

Tributes poured in for legendary singer Lata Mangeshkar who passed away this morning at the age of 92 years. Prime Minister Narendra Modi was among the first ones to share the sad news and said he is “anguished beyond words”.

“The kind and caring Lata Didi has left us. She leaves a void in our nation that cannot be filled. The coming generations will remember her as a stalwart of Indian culture, whose melodious voice had an unparalleled ability to mesmerise people,” he tweeted. 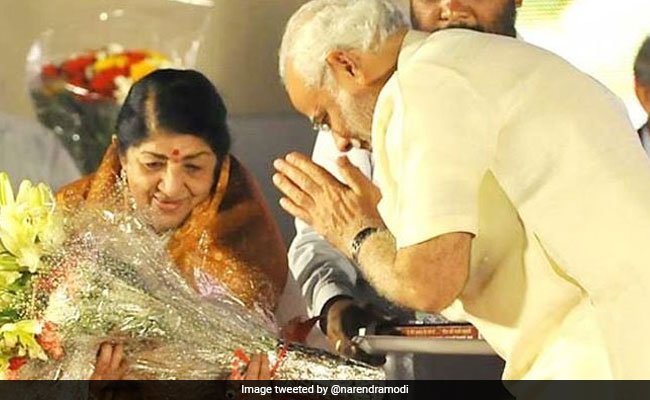 One of the greatest Indians and most compassionate and loving souls, and the finest voice, @mangeshkarlata didi, departed for her heavenly abode this morning.
Suddenly the world of music is devoid of its most beautiful personification.
Om Shanti 🙏🏻

Heartbroken, but blessed to have known & loved this incredible soul…Lataji holds a place in our hearts that will never be taken by anyone else. That’s how profoundly she has impacted our lives with her music.
May she rest in peace & light up the heavens with her brightness 🙏🏻 pic.twitter.com/HjgIQyE7mo

An icon a legend .. words will always fall short. Thank you for your glorious voice Lata ji. It will resonate worldwide for generations to come. RIP .

Meri Awaaz Hi Pehchaan Hain, Gar Yaad Rahe…and how can one forget such a voice!
Deeply saddened by the passing away of Lata Mangeshkar ji, my sincere condolences and prayers. Om Shanti 🙏🏻

Lata-ji’s demise is heart-breaking for me, as it is for millions the world over. In her vast range of songs, rendering the essence and beauty of India, generations found expression of their inner-most emotions. A Bharat Ratna, Lata-ji’s accomplishments will remain incomparable. pic.twitter.com/rUNQq1RnAp

A Russian diplomat resigns over war, says he’s never been so ashamed of his country
2022-05-24