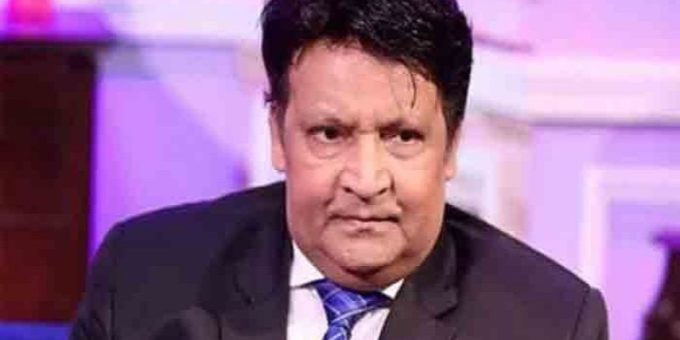 Pakistani comedian Umer Sharif has passed away, confirms wife Zareen Umer’s sister. Three days after his stay in Germany, Pakistan’s legendary comedian was expected to resume his travel to the United States (US) for medical treatment, but the departure postponed due to critical condition

Umer Sharif had been admitted to a hospital in Germany’s Nuremberg on Wednesday after his health condition deteriorated during his flight to the United States. The comedian was diagnosed with multiple ailments including coronary conditions.

He was shifted to the hospital after the air ambulance carrying Umer Sharif made a scheduled landing in Germany.

PPP leader Bilawal Bhutto Zardari also expressed his grief at the demise of Umer Sharif, recounting his contributions to the nation. Bilawal also went on to thank the deceased for re-defining comedy in Pakistan.
Celebrities, including those across the borders too, poured in their condolences for the comedian.

“I have beautiful memories associated with Umer Sharif,” said a teary-eyed Salomi. ” He was a wonderful human being, always helped those in need,” she revealed.
Comedian Shakeel Siddiqui dubbed Umer his elder brother. “We are deprived of a legendary comedian today,” he said.

“Legendary Umar Sharif sahab passed away. I have no words to express my sorrow & sadness. He has spread so much happiness & laughter in his lifetime to be remembered forever,” wrote former cricketer Shoaib Akhtar on Saturday.

Umer Sharif was born on April 19, 1955, in an Urdu speaking family in Liaquatabad, Karachi. The star was well-acclaimed as one of the biggest comedians in Asia.