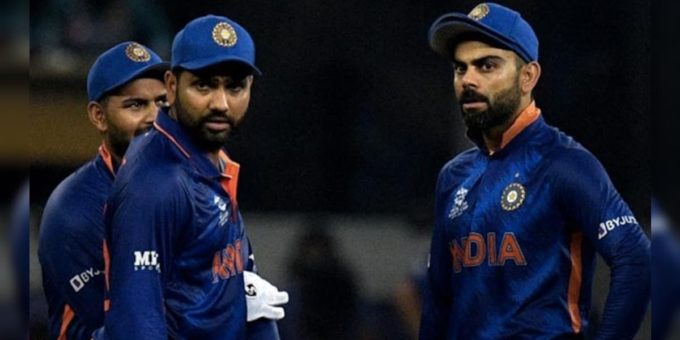 Rohit Sharma addressed the media for the first time as Team India’s captain in T20Is on Tuesday. Rohit was part of a joint press conference along with newly-appointed Team India head coach, Rahul Dravid, ahead of the start of the three-match T20I series against New Zealand, which begins in Jaipur on Wednesday. Both Dravid and Rohit answered questions on a wide range of topics including the template for the team in the shortest format going forward, and the importance of workload management for players who are playing all three formats. When asked about the role of former T20I captain Virat Kohli in the set-up, Rohit said that Kohli remains a very important player for the team.

“It’s very simple. Whatever he has been doing till now, his role in this team remains the same. The roles of each player change as per match conditions and all players, including Kohli, are open to that,” insisted the new captain.

“I am sure when Virat comes back, it will only strengthen our team because of the experience and the kind of batsman he is, it’s only going to add up to our squad, ” Rohit added.

Speaking about the template that he will look to set in T20Is, Rohit spoke about the need to define specific roles for players in T20Is, Rohit said that he and Dravid will stress on helping the youngsters hone specific skills by playing similar roles in international, domestic and franchise cricket.

“There are holes we need to fill up. That will be the biggest challenge for us. I’m not going to say that we are going to follow other teams’ template. We will do what suits us best. The players play a different role in Syed Mushtaq Ali, franchises and in the national team. We need to define specific role for players,” Rohit said.

Dravid, for whom this is the first assignment since taking over from Ravi Sahstri as the head coach, said that all formats are important for him and he would want the team to improve holistically. He, though, mentioned that ICC tournaments are important and the team will prepare for them.

“We don’t prioritise at all. All the three formats are equally important for us. Obviously, with ICC tournaments coming up we need to prepare for those. As far as vision is concerned we will look to improve overall,” Dravid said.

Why is Kendall Jenner facing backlash for her choice of dress at a friend’s wedding?

Kody Brown to Christine Brown: Good Riddance! You Sucked as a Sister Wife!