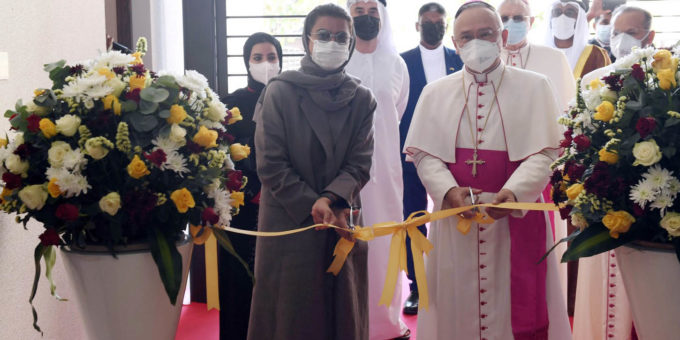 Substitute of the Secretariat of State at the Vatican, Archbishop Edgar Peña Parra, inaugurated the new Apostolic Nunciature in Abu Dhabi on Friday, marking a new stage in diplomatic relations between the UAE and the Vatican.

The inauguration coincided with the third anniversary of the signing of the Human Fraternity Document by Pope Francis, and Grand Imam of Al-Azhar, Dr. Ahmed el-Tayeb.

It also coincided with the 15th anniversary of the establishment of the diplomatic ties between the Vatican and the UAE.

Pope Francis sent a high-level delegation to inaugurate the Apostolic Nunciature in Abu Dhabi, in recognition of the UAE’s role in promoting the values of tolerance and coexistence, WAM reported.

The inauguration included the attendance of the UAE Minister of Culture and Youth, Noura bint Mohammed Al-Kaabi and Assistant Minister of Foreign Affairs and International Cooperation for Cultural and Public Diplomacy, Omar Saif Ghobash.

Efforts to Rescue 5-Year-Old From Well in Morocco: Live Updates

Sonu Nigam wasn’t pleased about getting the call for Padma Shri: ‘Don’t you think it is a little too late?’