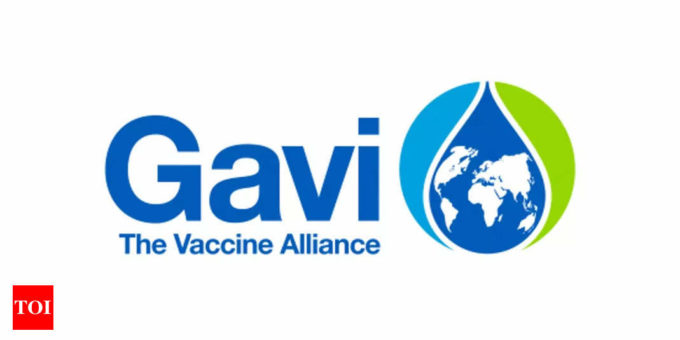 CHAVANNES-DE-BOGIS: The head of vaccine alliance Gavi, which is leading a UN-backed push to get Covid-19 vaccines to developing countries, said that he’s seen early signs that rich countries are beginning to withhold donations out of fears about the omicron coronavirus variant – warning any new hoarding could lead to “Inequity 2.0.”
Gavi chief executive Dr. Seth Berkley took stock of the nearly two-year fight against the pandemic as the alliance released the latest update to its supply forecast for Covid-19 vaccines that it has repeatedly downscaled, largely because of export bans and vaccine hoarding by some producer countries that critics say it should have foreseen.
“With the omicron variant, what we’ve seen is panic in many countries that has led acceleration of boosters both to the numbers of people getting them, but also the timeline for getting them,” Berkley told The Associated Press in an interview late Tuesday at his home outside Geneva.
He was referring to extra doses given in rich countries to a broad swath of people – not just those at highest risk of contracting severe Covid-19.
The Geneva-based public-private partnership has been the lead manager of the UN-backed Covax program that initially sought to get coronavirus vaccines to all countries but was pivoted after wealthier countries, and even some poorer ones, started striking their own deals to get jabs.
That locked down much of tight supplies and prompted vast inequality in access to jabs. Of the roughly 10 billion doses that have been delivered worldwide, the vast majority have gone to rich countries. Covax has delivered just over 700 million.
“We also are beginning to see donors not wanting to donate their doses as fast as they might have because of the uncertainty now of where we are,” Berkley said, declining to specify. “Of course, our long-term concern is, if it turns out that new variant vaccines are required, that there may be an ‘Inequity 2.0’ where we see wealthy countries hoard those vaccines once again, like we saw at the beginning of the pandemic.”
While omicron’s transmissibility, severity and resistance to vaccines aren’t yet fully clear, the new variant could require revisions to existing vaccines or even production of new ones. Berkley says a Covid-19 vaccine from Novavax, which relies on a common technology in flu vaccines and has shown efficacy against variants, could be set to win emergency-use approval within “days” from the World Health Organization.
In recent weeks, global production of Covid-19 vaccines has taken off and supply is less of a problem than it once was. Now, a challenge is making sure countries can take in vaccines that sometimes require storage in very cold temperatures or are delivered in batches that need to be used at the same time once opened.
Wastage is a risk. Berkley said some is inevitable and insisted less than 1% of Covax vaccines have gone to waste.
Gavi manages Covax along with the Center for Epidemic Preparedness Innovations and UN health agency WHO, while UNICEF handles distribution of shots into arms.
Berkley said Gavi expects to have delivered between 800 million and 1 billion doses by the end of this year to the poorest developing countries, which he says was in line with targets. Where the alliance faced slippage in deliveries was with wealthier “self-financing countries” that were originally expected to get jabs through Covax but didn’t use it as foreseen – many opting for direct deals with manufacturers.
Gavi expects to have 1.4 billion doses available by the end of his year. It had originally set a goal to deliver 2 billion doses by the end of 2021.
Berkley said Gavi expects another 800 million doses in the first quarter of next year, but not all of those are confirmed. Questions remain about supplies from manufacturers, regulatory approvals, and dose donations that are “somewhat more unpredictable.” Places like the United States and the European Union have been key donors.
As it has been forced to adapt and revise its strategies, donations from countries like “Team Europe” have grown increasingly important to Covax- which was never planned to be a donation mechanism.
“In fact, we didn’t even have donations in the original framework and way of working,” Berkley said. “That only occurred because of the vaccine hoarding that was occurring in wealthy countries and because of the fact that we had export bans.”
Critics say Gavi misjudged national self-interest and wrongly bet on trying to supply the whole world through a vast new program whose long-term impact is questionable. They say Gavi instead should have strengthened existing vaccine distribution systems like WHO’s Americas regional body PAHO (Pan American Health Organization).

Director Nadeem Baig Opens Up About His Bond With Humayun Saeed

Your greatest strengths at work, according to the zodiac signs
2020-04-16

Living With Yourself first look: It’s Paul Rudd vs Paul Rudd in this Netflix series
2019-08-23