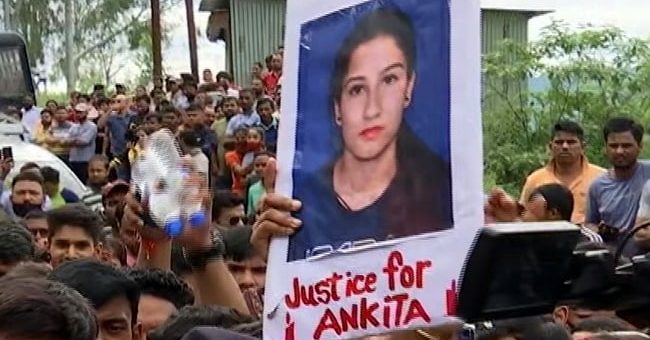 The Uttarakhand teen was murdered allegedly by the hotel’s owner, a BJP leader’s son

There were 4-5 injury marks on the body, says the report. The findings have been shared with the family.

A quick exposition. The teen was murdered allegedly by the hotel’s owner, a BJP leader’s son, and two others after she resisted their alleged attempts to push her into prostitution. Initially she was reported missing and her body was recovered from a canal on September 24.

The teen was last seen with the three men in a CCTV camera footage, the police said.

Vinod Arya has denied all allegations against Pulkit Arya and claimed his son is innocent.

Angry locals had set the resort on fire. Before that, portions of the resort were bulldozed by the local authorities who claimed they were illegally constructed.

The teen receptionist was cremated last evening amid massive protests against the police for alleged slow action. The family had also raised questions on the government action in the case.

The family and protesters had initially refused to cremate the body, questioning the demolition of the resort where she worked. They said it was an attempt to destroy evidence in the case, in which the son of a senior BJP leader — now expelled — is the prime accused.