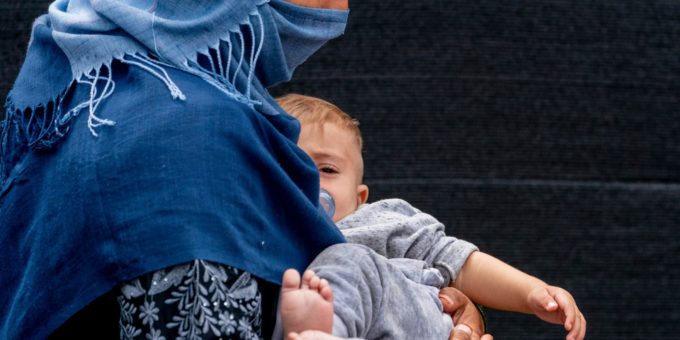 The US military pulled off its biggest day of evacuation flights out of Afghanistan by far, but deadly violence that has blocked many desperate evacuees from entering Kabul’s airport persisted, and the Taliban signalled they might soon seek to shut down the airlifts.

Twenty-eight US military flights ferried about 10,400 people to safety out of Taliban-held Afghanistan over 24 hours that ended early Monday morning, and 15 C-17 flights over the next 12 hours brought out another 6,660, White House officials said.

The chief Pentagon spokesman, John Kirby, said the faster pace of evacuation was due in part to coordination with Taliban commanders on getting evacuees into the airport.

“Thus far, and going forward, it does require constant coordination and deconfliction with the Taliban,” Mr Kirby said.

“What we’ve seen is, this deconfliction has worked well in terms of allowing access and flow as well as reducing the overall size of the crowds just outside the airport.”

With access still difficult, the US military went beyond the airport to carry out another helicopter retrieval of Americans.

US officials said a military helicopter picked up 16 American citizens Monday and brought them onto the airfield for evacuation.

This was at least the second such rescue mission beyond the airport; Kirby said that last Thursday, three Army helicopters picked up 169 Americans near a hotel just beyond the airport gate and flew them onto the airfield.

President Joe Biden’s national security adviser, Jake Sullivan, said at the White House that talks with the Taliban are continuing as the administration looks for additional ways to safely move more Americans and others into the Kabul airport.

“We are in talks with the Taliban on a daily basis through both political and security channels,” he said, adding that ultimately it will be Mr Biden’s decision alone whether to continue military-led evacuation operations beyond August 31.

That is the date Mr Biden had set for completing the withdrawal of troops.

California Democrat Representative Adam Schiff, chairman of the House intelligence committee, told reporters after a committee briefing Monday on the Afghanistan withdrawal “it was hard for me to imagine” wrapping up the airlifts by the end of the month.

He also said it was clear “there were any number of warnings” to the administration “of a very rapid takeover” by the Taliban.

After more than a week of evacuations plagued by major obstacles, including Taliban forces and crushing crowds that are making approaching the airport difficult and dangerous, the number of people flown out met, and exceeded, US projections for the first time.

The count was more than twice the 3,900 flown out in the previous 24 hours on US military planes.

Army General Stephen Lyons, head of US Transportation Command, which manages the military aircraft that are executing the Kabul airlift, told a Pentagon news conference that more than 200 planes are involved, including aerial refuelling planes, and that arriving planes are spending less than an hour on the tarmac at Kabul before loading and taking off.

He said the nonstop mission is taking a toll on aircrews.

“They’re probably exhausted in some cases.”

On a more positive note, Mr Lyons said that in addition to the widely reported case of an Afghan woman giving birth aboard a US evacuation aircraft, two other babies have been born in similar circumstances.

He did not provide details.

The Pentagon said it has added a fourth US military base, in New Jersey, to three others, in Virginia, Texas and Wisconsin, that are prepared to temporarily house arriving Afghans.

Major General Hank Taylor, the Joint Staff deputy director for regional operations, told reporters there are now about 1,200 Afghans at those military bases.

The four bases combined are capable of housing up to 25,000 evacuees, Mr Kirby said.

Taliban spokesman Suhail Shaheen, in an interview with Sky News, said that August 31 is a “red line” the US must not cross and that extending the American presence would “provoke a reaction”.

Since the Taliban seized the capital on August 15, completing a stunning rout of the US-backed Afghan government and military, the US has been carrying out the evacuation in coordination with the Taliban, who have held off on attacking Americans under a 2020 withdrawal deal with the Trump administration.

Since August 14, the US has evacuated and facilitated the evacuation of about 37,000 people.

Jameela wants women to speak up against injustice
2020-04-25