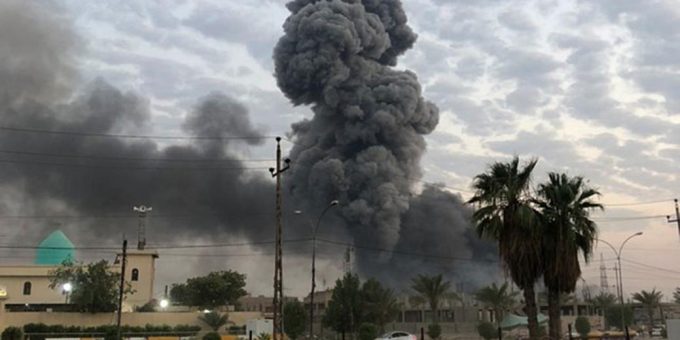 GAZA CITY, Palestinian Territories: A Palestinian threw grenades at Israeli soldiers while attempting to cross the Gaza border overnight and was shot by Israeli forces, the army and the Gaza health ministry said Friday.
The Palestinian was wounded and taken to hospital, the ministry said.
It was the latest in a series of violent incidents along the Gaza border in the run-up to a September 17 Israeli general election.
The army said the Palestinian attempted to cross the border fence in the northern Gaza Strip and distributed a video it said showed the man throwing grenades at soldiers.
“The troops charged toward the terrorist, crossing the security fence and striking him,” an army statement said, without providing further details.
The Gaza health ministry said he was shot by Israeli soldiers.
Israeli Prime Minister Benjamin Netanyahu is widely seen as wanting to avoid an escalation in Gaza ahead of next month’s election.
Speculation has grown that militants in the blockaded enclave are hoping to pressure him into further concessions under a truce deal.
Hamas leaders have warned Israel must fulfil commitments they say it made under an informal truce brokered by UN and Egyptian officials in November and then confirmed in May to ease its blockade of the Palestinian territory.
Gaza militants have launched six missiles at Israel in the past week, the most recent on Wednesday.
In retaliation, the army said it struck “a number of military targets in a Hamas naval facility in the northern Gaza Strip.”
Israel and Palestinian militants in Gaza have fought three wars since 2008.

Portishead’s ‘Dummy’ Is 25. The Band Asks That You Play It Loud.