The attack on journalist Vikram Joshi was caught on CCTV.

A journalist from Uttar Pradesh, who was shot at in Ghaziabad near Delhi on Monday night in front of his two daughters, died this morning at a hospital. The shocking attack on journalist Vikram Joshi near his home on Monday night was captured on a CCTV footage.

He was travelling on a motorcycle with his two daughters when a group of men assaulted him and opened fire at him at around 10:30 PM. He was taken to a nearby hospital where his condition was said to be critical.

Nine accused have been arrested so far in the case. Two policemen have been suspended.

Vikram Joshi was attacked four days after he complained to the police about his niece being harassed by a group of men.

In the shocking footage, which captured the Monday night’s attack, a group of men can be seen stopping the journalist in Vijay Nagar area of Ghaziabad. 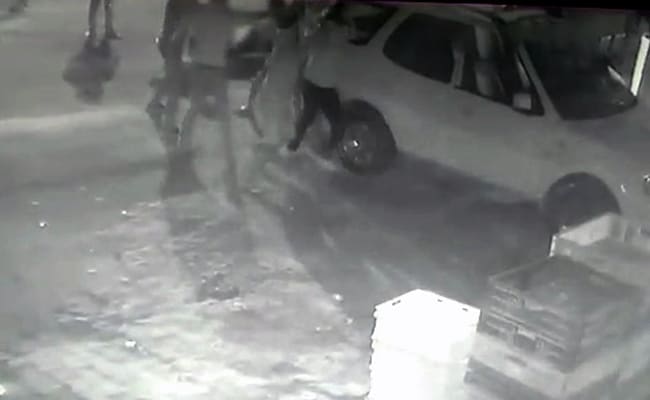 The bike can be seen swerving suddenly and in no time, the attackers surround the bike and then they pull him and hit him. The two daughters can be seen running in panic. The group of attackers can be seen dragging Vikram Joshi towards a car and thrashing him before running away from the spot.

As the injured journalist falls to the ground, one of the daughters comes back to him; she can be seen crying and looking around for help.

Yesterday, Congress leader Priyanka Gandhi Vadra had criticised the Yogi Adityanath government over the attack on the journalist.

“If this is the law and order situation in Ghaziabad, which is in NCR, you can understand how bad the situation is across Uttar Pradesh. A journalist was shot at because he had filed a complaint about his niece being harassed. As the law of jungle prevails, how can an ordinary citizen feel safe?” she had tweeted in Hindi.