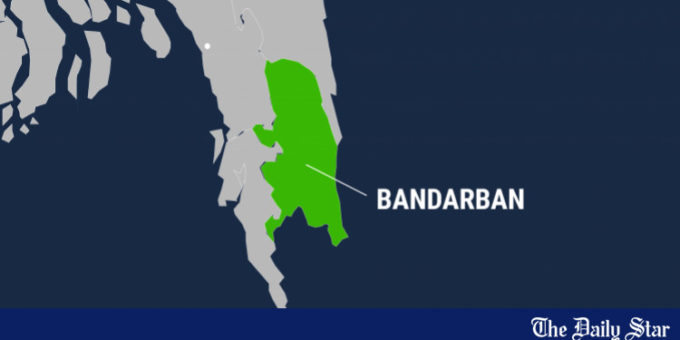 Footage of the incident took social media by storm. In the footage, UNO Mehruba was seen breaking champion and runner-up trophies.

The final match of the tournament was held on the ground on Friday where UNO Mehruba was invited as the chief guest.

The final match between Abasik Junior Ekadash and Fefarfari Bazar Ekadash ended up in a draw and both the groups logged into an altercation, said Saddam Hossain, president of the organising club.

Later, Abasik Junior Ekadash was announced champion after a try breaker, but the opposition rejected the result, he added.

During the prize-giving ceremony, UNO Mehruba tried to settle the issue and said the trophies would be distributed after another match.

As both the football teams and locals rejected her settlement, she broke the trophies, said witnesses.

Alikadam Upazila Parishad Chairman Abul Kalam, in a Facebook post, said the UNO dishonoured the people of the upazila. He also demanded her withdrawal.

The UNO, however, could not be reached over the phone after repeated attempts.

“She should not behave like that. She could take the trophies into her custody and take further steps instead of breaking those. The incident is being investigated,” the DC told journalists.

Aishwarya Rai Bachchan, Rashmika Mandanna And Others Get Clicked In Mumbai