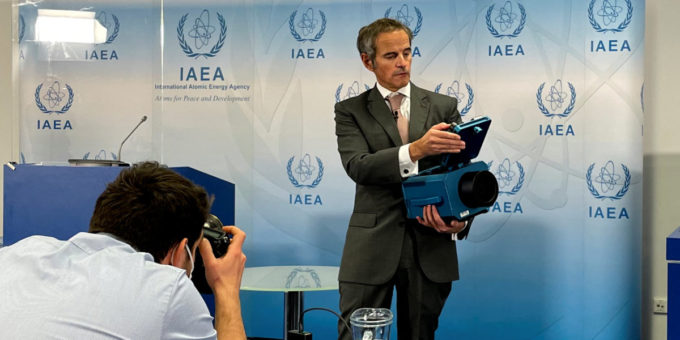 LONDON: The beautifully handwritten note on the yellowing service record, compiled by the Punjab government in 1919 and now over a century old, is as brief as it is poignant.

In faded ink, the entry for Wasawa Singh, the son of Shera, a Jat from the village of Gaike in northeast Punjab, tells the story of a young life cut short in the service of an alien empire.

There are no dates, merely a rank — havildar, equivalent to sergeant — and the name of a unit, the 30th Punjabis.

It was in this last conflict, in which over 1 million Indian soldiers fought in almost every theater of the war for the British Empire, that Singh died, along with more than 70,000 of his countrymen.

The surviving paperwork documenting his service, and that of more than 300,000 other men from Punjab, has been unearthed in the depths of Lahore Museum in Pakistan. Discovered after languishing forgotten for over 100 years, all 26,000 pages have been digitized and can now be searched online, by the name of the soldier, his father, or their village.

Although a priceless treasure trove for both historians and descendants of the old warriors, the documents contain only limited information. They do not reveal, for example, how old Singh was when he was killed, how he met his end, or even when and where he died.

A terse entry in the neat handwriting of some forgotten civil servant does, however, record that after his death, Singh’s nameless and doubtless grief-stricken mother was awarded a small pension.

According to the records of the Commonwealth War Graves Commission, 153 men called Singh died while serving with the 30th Punjabis. Wasawa, service number 3902, fell on Jan. 15, 1917, while fighting the Germans in East Africa. Although fated to perish 5,000 km from his Punjab home, he was, at least, spared the horrors of Gallipoli or the western front in France, where so many Indians fought and suffered in horrendous conditions.

Death was to be his lot, however. He was killed in fierce fighting which saw the Germans finally defeated at Mahenge, near the Rufiji river in modern-day Tanzania.

Wasawa Singh’s final resting place is unknown. His name, and those of more than 1,200 British and Indian officers and men “to whom the fortune of war denied the known and honored burial given to their comrades in death,” is recorded on the British and Indian Memorial wall at Nairobi South Cemetery in Kenya.

* Around 4,000 men died in the siege, while 23,000 more were killed or wounded attempting to relieve the besieged force.

For the hundreds of thousands of families in India and Pakistan today whose grandfathers and great-grandfathers took up arms for the British cause in the 1914-1918 war, the emergence of the Lahore Museum papers is one more step toward a long-overdue recognition of the sacrifices made by so many from the subcontinent.

In Britain, every year, the nation still observes a minute’s silence on Armistice Day: At the 11th hour of the 11th day of the 11th month, the time and date the guns fell silent on the western front in France in 1918.

But although in recent years efforts have been made to ensure that the Armistice Day commemorations are inclusive of all the nations of the British Empire whose young men lost their lives, it was not until 2002 —  84 years after the end of the war — that a solemn memorial dedicated “In memory of the 5 million volunteers from the Indian subcontinent, Africa and the Caribbean who fought with Britain in the two world wars” was unveiled on Constitution Hill in London.

It was almost as if, for all those years, the sacrifices made by the subcontinent’s soldiers on behalf of the empire had been taken for granted.

That, certainly, was the only conclusion that could be drawn from a report by the Commonwealth War Graves Commission, which in 2019 set up a committee “to probe the early history of the Imperial War Graves Commission to identify inequalities in the way the organization commemorated the dead of the British Empire.”

Founded over a century ago as the Imperial War Graves Commission, initially to commemorate the empire’s First World War dead, the organization was charged at the outset with treating all the fallen with equal dignity. In a paper prepared for the commission in 1918, Lt. Col. Sir Frederic Kenyon, director of the British Museum, wrote that “no less honor should be paid to the last resting places of Indian and other non-Christian members of the empire than to those of our British soldiers.”

In its report, published earlier this year, the committee concluded that, “although the organization upheld its promise of equality of treatment in Europe, this was not always the case for certain ethnic groups elsewhere.”

It found that, “in conflict with the organization’s founding principles,” between 45,000 and 54,000 casualties — predominantly Indian, East African, West African, Egyptian and Somali — “were commemorated unequally.”

In all the conflicts in which Indian troops fought and died with barely any recognition, few are as little known, certainly in Britain, as the Mesopotamian campaign, to which India made its greatest contribution in the First World War. As British Col. Patrick Cowley, a veteran of a later conflict in Iraq, wrote in his 2009 book “Kut 1916: Courage and Failure,” the “campaign in Mesopotamia is a ‘forgotten war’ and the Kut story was overshadowed by events elsewhere.”

For four long years, British and Indian soldiers fought side by side to oust the Ottoman Empire from what is now Iraq. It was a brutal, bloody affair, ultimately successful, but marred by the disaster of the siege of Kut Al-Amara, a town nestled in a bend in the Tigris, 160 km southeast of Baghdad.

The siege lasted four months. It ended on April 29, 1916, with the surrender of 12,000 mainly Indian troops. Outnumbered, outgunned and poorly led, after four desperate months they were starving, weakened by illness and cut off from any hope of relief.

The day before the surrender, one British officer wrote in his journal: “We are a sick army, a skeleton army rocking with cholera and disease.”

In all, about 4,000 men were killed during the siege. Astonishingly, 23,000 more soldiers — again, mainly Indian — were killed or wounded during attempts to relieve the besieged force.

Among the defenders were men of the 22nd, 24th, 66th, 67th and 76th Punjabis. Several other Indian units suffered alongside them, including the 117th Mahrattas, the 103rd Mahratta Light Infantry, the 120th Rajputana Infantry and a squadron of the 7th Hariana Lancers.

More Punjabi regiments, including the 28th and 92nd, were part of the relief force that failed to fight its way through to Kut in time, suffering a high percentage of casualties, alongside other Indian units, including the 51st and 53rd Sikhs and the 9th Bhopal Infantry.

Of the 12,000 men marched into captivity in Anatolia, Turkey, at least one-third died. Some succumbed to disease and starvation, while others were shot or beaten to death for falling behind on the march, or simply left to die where they fell after collapsing, exhausted, by the roadside. At one point on the march, bodies were thrown into a ravine, where skulls were found later in the war.

Ottoman cruelty extended to the local Arabs who had helped the British. About 250 were shot after the surrender, while a number of interpreters were hanged in Kut’s town square.

Today, the siege remains virtually unknown, certainly in Britain. It is, however, acknowledged as one of the greatest catastrophes ever to befall a British army. To this day Kut is studied by military strategists around the world as an example of the danger to an invading army of overstretching its supply lines.

Most of the Indians who fell at Kut or died in captivity have no known grave. Many are recorded on the Basra Memorial, which was constructed in 1929 and originally was located at Maqil, on the west bank of the Shatt-al-Arab. In 1997, by order of Saddam Hussein, it was taken apart and reconstructed 32 km along the road to Nasiriyah, in the middle of what was a major battleground during the Gulf War.

Today, the memorial is in poor repair. The Commonwealth War Graves Commission said that “while the current climate of political instability persists, it is extremely challenging for it to manage or maintain its cemeteries and memorials located within Iraq.”

But when it does finally feel able to renovate the Basra Memorial, the CWGC will have more than mere masonry and marble to repair.

As the report of the Special Committee to Review Historical Inequalities in Commemoration noted, “known issues with memorials to the missing include 38,696 Indian casualties who were or are still commemorated (only) numerically on memorials,” with their names missing.

Subsequently, names have been added to the Port Tewfik memorial in Egypt and the combined British and Indian memorials at Nairobi and Dar es Salaam. But “a decision is yet to be made regarding the Basra Memorial, primarily due to ongoing instability in Iraq.”

On the panels of the memorial can be found the names of the 7,385 British personnel and the Indian officers who lost their lives in Mesopotamia.

But for the 33,256 noncommissioned officers and other ranks of the British Indian army who remain numbered but unnamed on the Basra Memorial, the insult of anonymity has yet to be expunged.