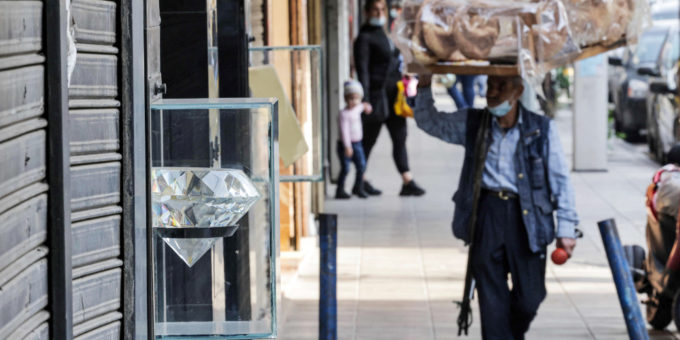 BEIRUT: UN Secretary-General Antonio Guterres will travel to Lebanon on Sunday for an official visit to the country.

The UN Information Office in Beirut said the visit was a gesture of solidarity, and that the secretary-general “will reiterate the support of all the UN family, the political mission, the peacekeeping forces and the humanitarian and relief workers to Lebanon and its people.”

Two days before the visit, the special representative of the secretary-general on violence against children, Najat Maalla M’jid, conducted a tour of Lebanon, discussing “the huge impact of the economic, social and pandemic crises on children, especially the poor ones, in addition to all forms of violence against them.

“We looked into ways to support and accelerate the activation of national policies for social coverage and protection of children against all forms of violence, especially the fight of child labor, within the framework of an integrative approach to a series of very important services,” M’jid said on Friday.

“The UN supports the Lebanese government in the field of children’s protection from violence, discrimination and poverty,” she added.

A UNICEF report warned that “children in Lebanon are in danger, as 15 percent of families stopped their children’s education, and 30 percent of children do not receive the needed primary healthcare.”

By Thursday, 239,000 people in Lebanon had registered on the platform of the Poorest Families Program, Mikati said.

Among those registered, 166,000 applications met the required specifications, which indicates the extent of social pressures, he added.

In the first stage, he said, $125 will be paid to each family per month for a year, through funds secured by the World Bank.

There is also the issue of the ration card that will adopt the same platform for registration, which covers more than 500,000 families, he added,

“We have agreed with the World Bank that once the relief project begins and two months of credits are paid for the ration card at an acceptable cost from the funds of special withdrawals in the central bank, the World Bank will secure financing for the project for a period of one year, estimated at about $500 million,” he said.

Mikati assured the Lebanese people that “there is an international decision not to let Lebanon collapse,” adding: “There is an external and internal umbrella that protects the government’s work.”

The prime minister stressed that the government would not hesitate to resign if it led to a solution, but said he felt the move would “cause a further deterioration in the situation, and may lead to the postponement of the parliamentary elections.”

Lebanon faces an economic crisis described by the World Bank as “one of the worst crises on Earth since the middle of the 19th century.” Around 80 percent of the Lebanese people live in poverty.

The dollar rate was about to reach 29,000 Lebanese pounds in the middle of the week, but the intervention of the Lebanese Central Bank reduced it to around 26,000 pounds.