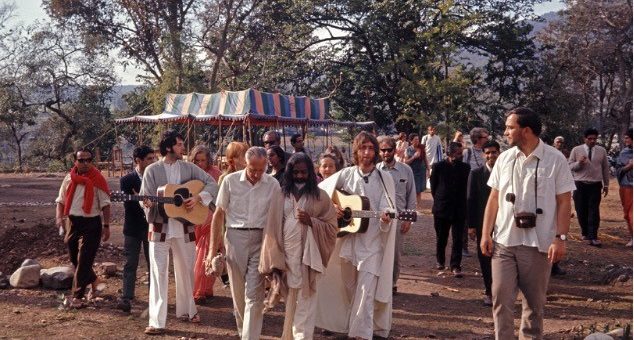 Winners of the Tongues On Fire Flame Awards have been announced.

The Closing Gala of the 23rd edition of the South Asian film festival too place at the BFI (British Film Institue) Southbank. The awards presentation took place following the Closing Film, World Premiere of documentary feature, The Beatles And India.

At a time of global unrest and displacement, the curation of this year’s festival was inspired by the theme ‘Ray Of Hope’.

The programme highlighted stories of resilience and bravery, celebrating those who take a stand against oppression and injustice.

At a time of great division and inequality, this year’s festival content featured characters, stories and storytellers that strive for a better world through films that highlighted inclusivity, kindness and, above all, empathy.

This year the festival ran in venues across London, Leicester, Coventry and on the Modern Films website. UKAFF is supported by the BFI and Arts Council England using funds from the National Lottery and the Department for Digital, Culture, Media and Sport (DCMS). #HereforCulture

UK Asian Film Festival Founder and Director, Dr Pushpinder Chowdhry MBE said, “UKAFF this year was an outstanding success despite the restrictions in place and challenges due to covid. Our audience were able to enjoy a specially curated hybrid festival- online and in person.

“The films celebrated unique stories and focused on bringing Ray of hope in challenging times. Our gratitude to all the film makers who continue to entertain and enlighten in these challenging and ever changing times globally.”

UK Asian Film Festival Creative Director, Samir Bhamra said, “This year’s UKAFF was simply euphoric! We were absolutely delighted to welcome back our audiences and communities who have been challenged by the pandemic.

“Many audiences felt nervous initially but once they witnessed the safety measures we had organised with our venues over the several weeks of planning, they were able to relax. It was very special to be in a collective space and for them to enjoy these powerful and hope instilling films on the big screen.”

David Somerset, Film Programmer, BFI said, “It was a great privilege for the BFI Southbank public programme to partner with UKAFF, with extraordinary and distinctly different, sell-out film screenings that enrich our programme and respond to their festival theme, RAY OF HOPE, in this centenary celebratory year celebrating the great director, Satyajit Ray.”

Certificates awarded to the Ray of Hope Digital Commission-winners:

This year the festival ran in venues across London, Leicester, Coventry and on the Modern Films website. UKAFF is supported by the BFI and Arts Council England using funds from the National Lottery and the Department for Digital, Culture, Media and Sport (DCMS). #HereforCulture

AUS vs IND: Ricky Ponting Says “Selectors Have A Lot Of Thinking To Do” After Australia’s Loss At MCG
2020-12-29