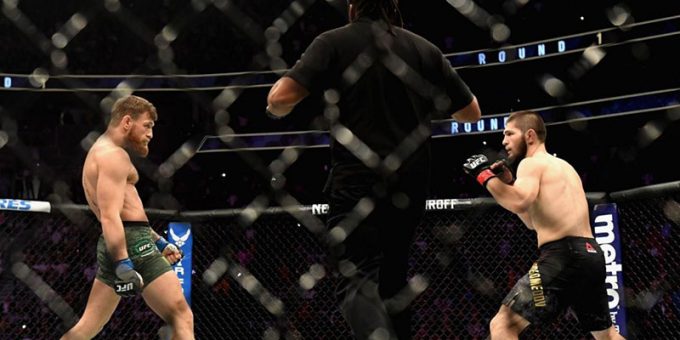 The United States Anti-Doping Agency (USADA) announced that the use of marijuana will not be deemed a punishable offence in the Ultimate Fighting Championship (UFC) following a drug policy change.

According to an ESPN report, the mixed martial arts (MMA) athletes will not be held accountable if tested for carboxy-THC, which is a found in cannabis, unless the anti-doping agency is able to prove that they consumed the drug to boost their performances.

UFC’s Vice President of Athlete Health and Performance Jeff Novitzky, while speaking with the website, said he can’t remember any case in which the fighters would show signs of his medical condition deteriorating after using marijuana throughout his six years in the company.

“I can’t think of one instance in any historical cases where that evidence has been there,” Novitzky was quoted saying in the report. “It would probably require visual signs if the athlete shows up at an event stumbling, smelling like marijuana, eyes bloodshot, things like that. And that’s … something you rarely, if ever, see. I certainly haven’t in my six years with the UFC.”

He added that fighters found violating the marijuana drug-use policy should be treated rather than being suspended.

Novitzky said they were looking to make amendments in the policy as they could not find any relationship between actual impairment and levels of Tetrahydrocannabinol (THC), adding that it the effects of the latter is a matter of just a few hours.

“Why the hell do we care what someone did a week before, let alone a night before, when it doesn’t have any effect on their ability to fight.”

The statement read: “This change is designed to prioritize fighter health and safety by not punishing fighters who may need treatment for substance abuse, which may lead to a fighter being impaired and jeopardize his or her safety in the Octagon.”

He claimed that fighters consumed marijuana in lieu of opioids or depressant drugs.

However, other athletic commissions will look into the drug tests being conducted by the mixed-martial arts brands.

In the past, athletes have been barred from competing by the Nevada State Athletic Commission (NSAC) for up to nine months for the use of cannabis but the organisation recently reduced the punishments for the fighters testing positive for the drug use.

Amazon Union Election to Start in February, First Since 2014

Sialkot Chamber of Commerce and Industry for new SOPs for industry to avoid fanaticism, violence
2021-12-05