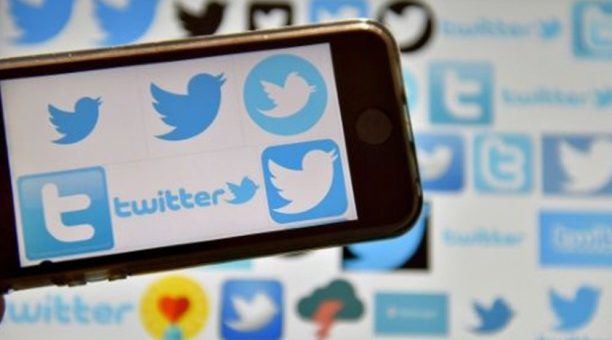 Twitter Inc said on Thursday it is delaying the launch of its new Application Programming Interface (API) following the recent hack of several high-profile accounts.

“We have no evidence the incident had anything to do with our API, but we decided to move the launch to a more appropriate time,” Twitter said in a blog.

Meanwhile, the FBI is leading an inquiry into the Twitter hacking, according to sources familiar with the situation, as more Washington lawmakers raised alarms about the breach of high-profile accounts on the social media platform.

Earlier, the law enforcement agency had said hackers appeared to commit cryptocurrency fraud after they seized control of the Twitter accounts of celebrities and political figures including Joe Biden, Kim Kardashian, Barack Obama and Elon Musk.

The Federal Bureau of Investigation did not immediately respond to a question about it leading an inquiry into Twitter.

A day after the breach, it was not clear if the hackers were able to see private messages sent by the account holders. US lawmakers worried about future attacks.

“While this scheme appears financially motivated…imagine if these bad actors had a different intent to use powerful voices to spread disinformation to potentially interfere with our elections, disrupt the stock market, or upset our international relations,” US Senator Ed Markey, a Democrat, said in a statement.

Echoing a similar sentiment, Representative Jim Jordan, the top Republican on the House Judiciary Committee, asked what would happen if Twitter allowed a similar incident to occur on November 2, a day before the US presidential election.

Jordan said he remained locked out of his Twitter account as of Thursday morning and said his confidence in how the company operates has been deteriorating.

In an extraordinary step, it temporarily prevented many verified accounts from publishing messages as it investigated the breach.

The hijacked accounts tweeted out messages telling users to send bitcoin and their money would be doubled. Publicly available blockchain records show that the apparent scammers received more than $100,000 worth of cryptocurrency.

Twitter’s shares fell a little over 1% on Thursday afternoon.

CEO Jack Dorsey said in a tweet on Wednesday that it was a “tough day” for everyone at Twitter and pledged to share “everything we can when we have a more complete understanding of exactly what happened”.

Dorsey’s assurances did not assuage Washington’s concerns about social media companies, whose policies have come under scrutiny by critics on both the left and the right.

Democratic Senator Mark Warner called on Twitter and law enforcement to investigate the matter while the US House Intelligence Committee said it was in touch with Twitter regarding the hack, according to a committee official who did not wish to be named.

Republican Senator Josh Hawley wrote a letter to Dorsey within minutes of the hack and asked about potential data theft and whether the breach affected select users or the security of the platform overall.

Frank Pallone, a Democrat who chairs the House Energy and Commerce Committee that oversees a sizeable portion of US tech policy, said in a tweet the company “needs to explain how all of these prominent accounts were hacked.”

The New York State Department of Financial Services also weighed in, saying it will investigate the hack.

In an unprecedented spree, the unidentified attackers on Wednesday hijacked the accounts of politicians, celebrities and billionaires, using them to solicit bitcoin transfers to a string of digital wallets.

A digital wallet used to consolidate the bitcoin has previously been linked with crypto firms including merchant service providers, US blockchain forensics firm Chainalysis told Reuters – a clue that could aid investigators.

“They have interacted with service providers that have know-your-customer processes, and law enforcement can work with those service providers to find out who can be behind those accounts,” spokeswoman Maddie Kennedy said, declining to give further details.

Bitcoin allows users to send and receive funds without revealing their personal identity. Yet its movements are recorded on the blockchain, a publicly viewable digital ledger that underpins the crypto currency.

By tracing illicit bitcoin to exchanges and crypto payment firms where identification is required, investigators can potentially pinpoint criminal suspects.

“In bitcoin it’s very difficult to transact without leaving some clues on the blockchain,” said Tom Robinson of Elliptic, a London-based blockchain analysis firm. One of the wallets used in the hack has transacted with exchanges in the past, he said.

Since 2016, blockchain analysis firms including Elliptic, Chainalysis and California-based Cipher Trace have won contracts with US government agencies including the FBI and Drug Enforcement Administration, according to a database of US government contracts here

Sushant Singh Rajput Case: ED finds no evidence of money-laundering; says family has no idea of his finances : Bollywood News
2020-10-10