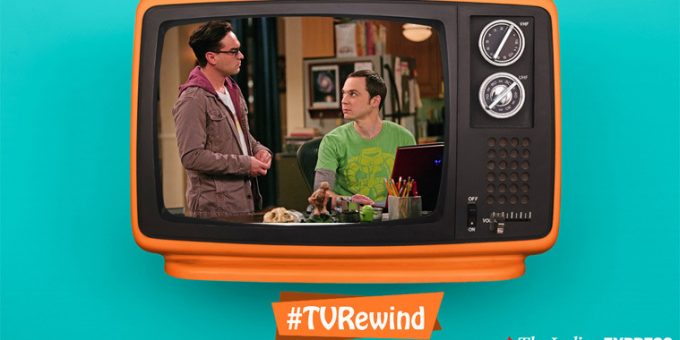 
The Big Bang Theory is streaming on Netflix.

Created by Chuck Lorre and Bill Prady, The Big Bang Theory is one of the most successful sitcoms of recent years. The show ended in 2019 after a 12 season run, and while the show started with universal critical and audience appreciation, it ran out of steam, though it never showed in the ratings.

What is The Big Bang Theory about?

The Big Bang Theory (TBBT) started as the story of two geeky scientists Leonard (Johnny Galecki) and Sheldon (Jim Parsons) who have a new neighbour Penny (Kaley Cuoco). The socially awkward science geeks live in a different world as compared to Penny, who works as a waitress and is an aspiring actress. It’s the clash of these two worlds that forms the base of this sitcom. Over time, supporting characters like Raj (Kunal Nayyar) and Howard (Simon Helberg) were given leading parts and Amy (Mayim Bialik) and Bernadette’s (Melissa Rauch) characters were also given top billing.

More than the storyline here, the show worked on the principle of clashing personalities and with a large cast, they had ample opportunities to create clashes.

It is commonly believed that the show contributed to mainstreaming the nerd culture. However, I feel that the show did a disservice to academicians who might have different priorities in life rather than knowing more about the Kardashians.

More than the storyline here, the show worked on the principle of clashing personalities – Penny vs Howard, Penny vs Amy, Sheldon vs Leonard, among many others. Throwing them together in the same universe gave rise to situations that could have a funny outcome. To make the most out of these clashing personalities, The Big Bang Theory, in its early seasons, stuck to its principle characters evolving as little as possible so the writers could yield the most out of any clash.

What worked for The Big Bang Theory?

The Big Bang Theory debuted in the era when How I Met Your Mother (HIMYM) was at its peak. Back in 2007, the basic trope of ‘friends who spend all their time chilling together’ was still a winning formula and after the success of HIMYM, TBBT pushed the envelope just a little as they introduced educated scientists as its lead characters. This wasn’t done popularly in sitcoms, so it was a welcome change at the time. Chuck Lorre and Bill Prady, known for shows like Two and a Half Men, Mika and Molly, among more, had given enough hits by that point to know the pulse of their audience and they knew what clicked.

As the show opened, the audience instantly gravitated towards the principal characters which weren’t exactly recycled from already popular character tropes. But like most ensemble shows, here too, the one that took away all the glory was Jim Parsons’ Sheldon Cooper. Even though the show played Leonard and Penny as the lead couple in its initial years and Sheldon was treated as the lovable sidekick, it was evident that he was carrying the show on his shoulders.

Sheldon’s character was loosened up just a bit just so he could be given adorable traits – a catchphrase “Bazinga”, a sleep time lullaby “Soft Kitty”, his fascination for trains, but when all of that ran out, they gave him a female companion. While all of this worked great for a few years, things started going downhill around the seventh season.

What went wrong with The Big Bang Theory?

TBBT started going downhill around season seven, and once the show started slipping, it was hard to get interested in it again. One of the primary reasons that the show stopped working for me was that I had gotten used to these characters so much that their traits did not make me laugh anymore. This is when it was evident that TBBT wasn’t strong in the comedy department.

For a comedy show to sustain as long as TBBT did, the jokes have to be spot on every single time. With that in mind, various video essays on YouTube have been dedicated to the subject that TBBT just randomly used its laugh tracks at the end of long complicated science-y sentences. Also, as long as Jim Parsons was on the screen, you cared, but the moment another track started, the show dropped.

The creators were quick to acknowledge the popularity of Sheldon’s character, and thus he was given a prequel spin-off series Young Sheldon. The series has been running successfully for three seasons.

Coronavirus: Anger as migrant sprayed with disinfectant in India
2020-03-31