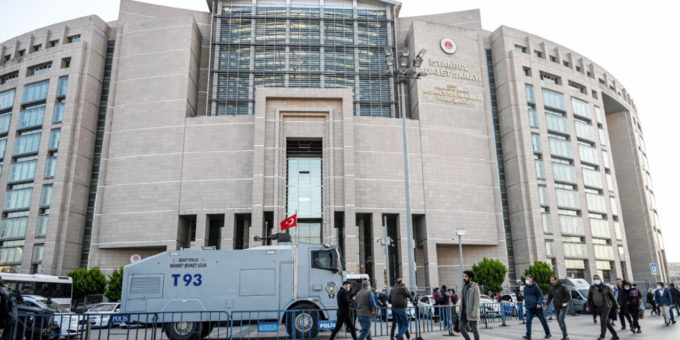 ANKARA: Turkish authorities have arrested a prominent member of an opposition party over accusations that he engaged in “political and military espionage,” Turkey’s state-run news agency reported.
Anadolu Agency said late Monday that a court in Ankara ordered Metin Gurcan, a retired army officer and founding member of the opposition Democracy and Progress Party, or DEVA, jailed pending the outcome of a trial.
Gurcan, who wrote articles on Turkish foreign policy and defense issues, last year founded the DEVA party together with its leader, Ali Babacan — a former deputy prime minister who broke away from President Recep Tayyip Erdogan’s ruling party.
The politician and defense analyst is accused of selling alleged secret information to foreign diplomats, according to Hurriyet newspaper and other media reports. Gurcan rejected the accusations during his questioning, the reports said.
A trial date is expected to be set after the court approves a prosecutors’ indictment against Gurcan.
Babacan defended Gurcan in a late night television interview saying the analyst had “no means of accessing confidential information considered to be a state secret because he does not work for the state.”
“(Gurcan’s) studies consist of information compiled from open sources,” Babacan said.