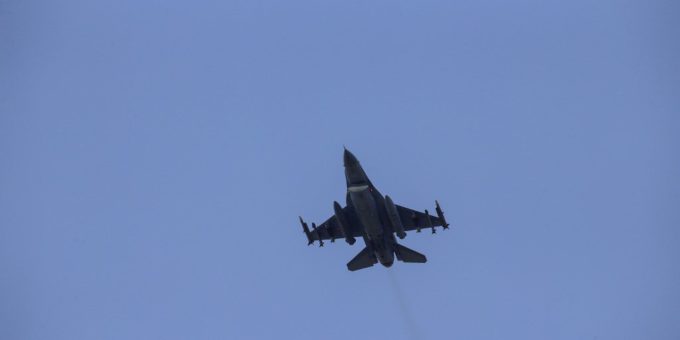 ISTANBUL: Turkey’s air force on Sunday shot down an unidentified drone on the Syrian border after it breached Turkish air space six times, the defense ministry said.
“An unmanned aerial vehicle which violated our air space six times (on Saturday)… was downed by two of our F-16s which took off from Incirlik” air base in southern Turkey, the defense ministry said, sharing pictures of the downed drone.
The ministry said it was not known who the drone belonged to but said it was grounded at 1.24 p.m. local time.
“The wreck of the drone was found at the Cildiroba base” by the Turkish gendarmerie in the Kilis province near the Syrian border, the ministry said.
The Turkish air force shot down a Russian Su-24, aircraft, in the Turkey-Syria border area in 2015, sparking an unprecedented crisis in the two countries’ relations.
That was condemned by Russian President Vladimir Putin as a “stab in the back” but the two countries later reconciled and worked together on the Syrian crisis although they remain on opposite sides of the conflict.
Turkey backs rebels seeking the ouster of President Bashar Assad while Moscow is one of the few remaining allies of the regime in Damascus.