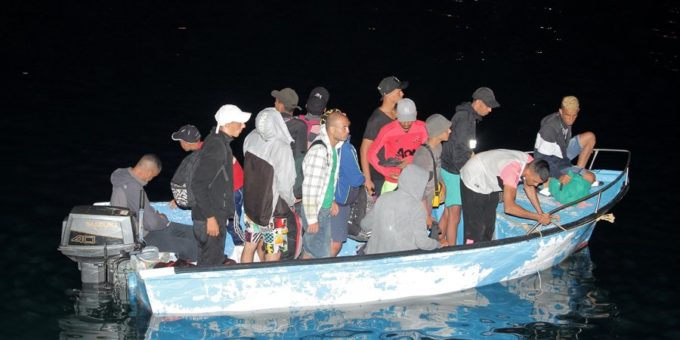 LONDON: In the face of the Middle East’s worst COVID-19 outbreak and economic ruin, Iran’s violent crackdown and persecution of anti-government activists is an attempt to deter future protests, analysts have said. But in their view, the regime’s disregard for human rights could very well be a sign of weakness rather than strength.

The world was appalled in September at the cruel hanging of Navid Afkari, an Iranian wrestling champion. He sought a fair trial until the end, but was deprived of legal representation and detained alongside his two brothers. The brutal mistreatment meted out to Afkari and his sudden execution were intended to send a clear message to normal Iranians, said Mansoureh Mills, Iran researcher at Amnesty International.

“The Iranian authorities are flexing their muscles,” he told Arab News. “At a time when the general mood among Iranians is shifting away from the death penalty and the world is looking in horror at Iran’s increasing use of it against protesters, dissidents and members of minority groups, the Iranian authorities are using executions, like that of Navid Afkari, as a tool of political control and oppression to instill fear among the public.”

More than 7,000 people were arrested during the 2019 demonstrations alone and at least 30 other protesters have already received death sentences, wrote Iranian democracy activists Shirin Ebadi, Abbas Milani and Hamid Moghadam in a recent opinion piece, titled “Iran deserves a red card for its human rights abuses,” for US news website The Hill.

A report released by the rights group Amnesty International in September detailed the catalog of horrors that detained protesters face in Iranian prisons. Prisoners spared the death penalty were regularly subjected to torture, including “beatings, floggings, electric shocks, stress positions and sexual violence,” the report said.

Tehran’s treatment of women’s rights campaigners has been particularly harsh. For example, Iran’s Islamic Revolutionary Court sentenced 57-year-old Nasrin Sotoudeh, a leading Iranian human rights lawyer, to 38 years in jail and 148 lashes on charges of “disrupting public order and colluding against the system” for her work defending the rights of women. Amnesty has called the sentence an “outrageous injustice.”

Since 2009, the regime has imprisoned or attempted to prosecute at least 60 lawyers for defending political prisoners, according to Human Rights Watch. The regime is also accused of trumping up spy charges against foreign visitors to effectively hold them hostage, including Nazanin Zaghari-Ratcliffe, the British-Iranian dual national jailed in 2016, and British-Australian academic Kylie Moore-Gilbert, who has been detained since 2018.

As COVID-19 swept through Iran’s overcrowded jails earlier this year, Zaghari-Ratcliffe was temporarily released from the notorious Evin prison and placed under effective house arrest with her parents in Tehran, where she awaits fresh charges. Moore-Gilbert was recently moved from Evin to Qarchak, which is widely regarded as the worst women’s prison in Iran, known for its extrajudicial killings, torture and other rights violations.

Even the families of dissidents outside Iran are unsafe. Masih Alinejad, an outspoken US-based critic of the Islamic Republic, has said her family inside Iran has been regularly targeted by the Islamic Revolutionary Guard Corps (IRGC). Her brother was imprisoned and tortured, while her mother has faced a pattern of harassment. At one point, her mother “threatened to pour gasoline on herself and set herself on fire” during a confrontation with IRGC officers, Alinejad said. This mistreatment of protesters, Mills said, can be directly linked to the declining economic and political control that Tehran exerts over the population.

Since the beginning of 2020, the value of the Iranian rial has plummeted to new lows each passing month. In October, it dropped to its lowest-ever value. Worse yet for the regime, the US is moving forward with the re-imposition of “snapback” sanctions lifted as part of the nuclear deal. Meanwhile, with pressure mounting on European countries to take a harder line against Iran, one of the regime’s few remaining economic lifelines could soon vanish.

“Whenever the political and economic situation in the country declines, the Iranian authorities clamp down even further on the public and erode human rights even more — Tehran has shown it will do everything in its power to crush protests and silence dissent,” Mills said.

Iran’s spiraling economic crisis could herald yet more repression and violence by Tehran in an attempt to control the volatile domestic situation, Mills added. But far from dampening the appetite of ordinary Iranians for regime change, he believes widespread repression and the flippant use of execution have, and will continue to, enrage the population.

“The anger at Navid Afkari’s execution among Iranians is palpable,” he told Arab News. “Since his death, graffiti has appeared in Iran’s streets criticizing Supreme Leader Ali Khamenei and calling for revenge for his killing, and people are urging protests against his execution.”

Mills’s prediction of unrest and anti-regime anger is echoed by Ali Safavi, a member of the Foreign Affairs Committee for the National Council of Resistance of Iran, an Iranian dissident group that views itself as Iran’s government-in-waiting.

Safavi says much like the protests of 2018 and November 2019, which were both triggered by economic grievances among the Iranian populace and morphed into anti-regime movements, the deteriorating economic and social foundations in Iran will catalyze further uprising.

In trying to prevent this, Safavi said, the regime is “caught between a rock and a hard place. While it needs to repress and execute to survive, it is fully cognizant of its fragile and vulnerable state, and is very worried about the massive social backlash of executions.”

The case of dissident campaigner Shahla Jahanbin epitomizes the regime’s problem. She penned a letter to Supreme Leader Ali Khamenei earlier this year imploring him to resign. In response, Jahanbin was sentenced to nearly four years in jail and forced to return to prison just months after receiving back surgery. But her cruel treatment at the hands of the Islamic Revolutionary Court has failed to suppress the anger of Iran’s youth against the regime — it only fuels it, Safavi said.

“The regime is terrified of the eruption of another uprising,” he added. But Tehran’s nightmare scenario may already be playing out. Footage obtained by Arab News shows unidentified individuals setting fire to the entrance of the Shiraz court where Afkari was handed his death sentence. A later video also shows an explosive device detonating in the heavily fortified entrance to Lorestan province’s central prison administration office.

Both attacks took place at night and caused only material damage, but were met with an immediate deployment of security forces. Safavi said this demonstrates the fear of the regime and its vulnerability in the face of the Iranian public.

The only way out of the cycle of repression, public backlash and more repression, according to Bob Blackman, a UK Conservative Party MP, is for the international community to send a clear message to Iran that “we are not going to put up with their human rights abuses.”

He told Arab News that European countries must abandon their attempts to appease Iran by rescuing the nuclear deal, and instead follow in the US administration’s footsteps with new sanctions against the regime. “We have to be strong and firm about this,” he said.

Blackman also noted the uncertainty and potential unrest caused by Iran’s sky-high coronavirus death toll — over 20,000 by official accounts, though many suspect the true figure may be far higher. He said concerns over personal safety amid the pandemic may be discouraging Iranians from taking to the streets against the government, but this reluctance to gather in protest will not last forever.

The issue in Iran, Blackman said, is increasingly a question of how much abuse normal Iranians are willing to put up with in their daily lives, and what they will resort to when it becomes too much to bear.

“What we do know is that the Shah (Iran’s pre-revolutionary ruler) was deposed after a long campaign of civil disobedience — it took a long time,” Blackman added.

“The anti-regime protests in Iran that continue to take place reflect the genuine sentiments of the Iranian people. These protests are a continuation of those beginning in November and proceeding through December, reforming again and again in the face of harsh repression.”

Blackman said this cycle will continue until the international community abandons its strategy of appeasement and accepts the reality of the situation: The Islamic Republic cannot be trusted and will not change.

The general consensus among Iran analysts is that human rights abuses, executions and instability will continue until Supreme Leader Ayatollah Ali Khamenei, President Hassan Rouhani and the IRGC’s grip on Iran is replaced by a representative and democratically elected government.